This month Gothamist staffers will give you some suggestions on what you could get us (OR your loved ones) this holiday season. These are from the heart! Our warm, materialistic hearts. We really do like this stuff. This week's wishes come from National Account Executive Josh Steele. 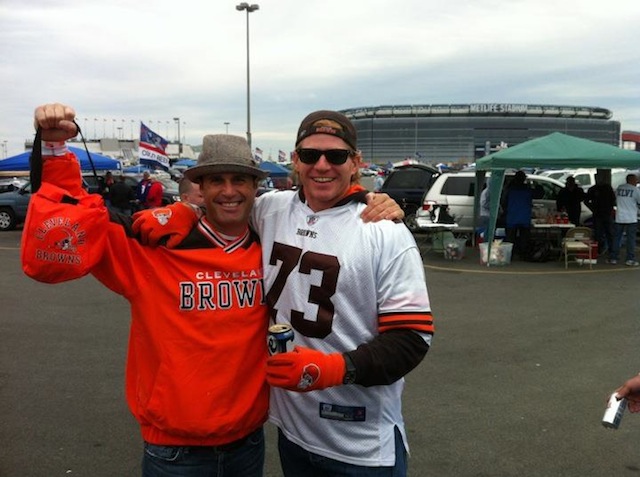 TO GET: A real Quarterback for the Cleveland Browns. PRICE: One or two first round draft picks in the 2014 NFL Draft.

The best way I can describe what it's like to be a Cleveland sports fan is that it's like having a birth defect (I know, I know... GO BACK TO OHIO! Sorry folks, not moving back). Whether we're talking about "The Drive" in 1987, The Fumble in '88 or the villainous Art Modell's ultimate act of treachery in 1995 Cleveland fans have suffered like no other fan base... and this isn't even including Michael Jordan's famous (infamous?) shot over my man Craig Ehlo or that guy from my hometown who decided to take his otherworldly talents to South Beach.

Each season, I spend the lion's share of Sunday afternoons mired in a sad, frustrated and (eventually) inebriated state while enduring torture from the likes of Brady Quinn, Colt McCoy and Brandon Weeden and their collective affinity for giving the pigskin to the other team. This is no way to live but Browns fans are nothing if not loyal to a fault. However, as of late I believe that there is hope in the Dawg Pound! With Josh Gordon the Browns finally have a top flight WR to go along with Joe Thomas (the best left tackle in the game), Joe Haden (a shutdown corner in the making) and a basketball player turned mega-talented tight end named Jordan Cameron.

Now the guys in the orange helmets just need a real life Quarterback. Maybe it's trading up to get the U of Louisville's Teddy Bridgewater or perhaps it's finding a diamond in the rough later in the first round of the draft. However they make it happen I don't care. It would mean the world to me to see the Browns win a Super Bowl before I die. But, honestly, I'll take simply a winning record in 2014. Please Santa. Please.

P.S. A solid running back who can play in cold weather, say Carlos Hyde from Ohio State, would be an awfully nice stocking stuffer in the second round... 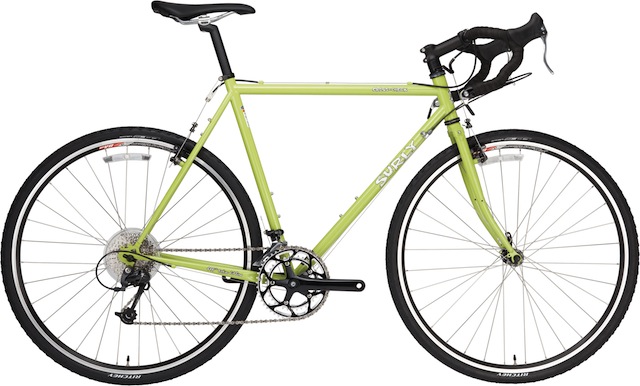 TO GIVE: Surly Cross-Check bicyclePRICE: $1,300

For any one of my friends who, as Peter Horton's character says in the grunge classic "Singles," just likes the way the world looks from a bicycle, I'd present them with the Surly Cross-Check. This whip is nothing if not versatile as it could be your every day commuting bike or taken upstate for some serious touring. Hell, I'd even take the Cross Check on some trails with high confidence. Among the bikes I currently own, a Surly Steamroller stands apart as my favorite steed and has made me a huge fan of this company's irreverent take on bicycle making.

The only real downfall is that the Cross-Check just looks so damned good that I would be scared to death each time I locked it up outside as it would be certain to pique the interest of those nefarious bike thieves who roam our fine city. But such are the risks of owning a badass bicycle. Such are the risks...