Get Ready For 7-Miles Of Car-Free 'Summer Streets' In August!

The 12th annual Summer Streets celebration might be your best chance to take your mind off of our crumbling subway system, and the now-beloved celebration returns next month, allowing cyclists and pedestrians to take over the temporarily car-free streets.

On the first three Saturdays in August, the city will close nearly seven miles of pavement, between East 51st street and Foley Square along Park Avenue, Lafayette Street, and Centre Street, and organize a spate of activities—for pedestrians, bicyclists, children, roller-bladers, puppers, and more. 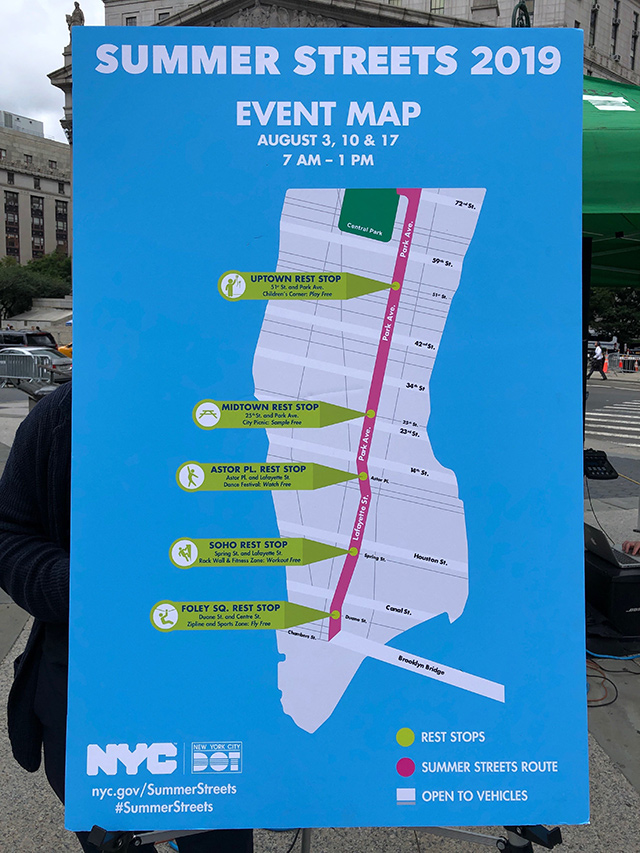 “Summer Streets has all of our usual, and wonderful programming. We have almost 7 miles of closed streets,” Margaret Forgione, the Department of Transportations’s Chief Operations Officer, told Gothamist on Tuesday. “This year we’re looking forward to the breaking the handstand Guinness Book Record, with over 400 people doing a handstand simultaneously.”

The handstand event takes place on August 3rd, and will be coordinated by physical therapist and yoga pioneer, Lara Heimann. (You can register here.) However, count Forgione out for this event. “I could never even do a handstand when I was 10, so I don’t think I’ll be doing on at this point,” she said.

Among the planned activities, Forgione said there will be yoga, rock climbing, walking tours, dance programs, and sports activities. The DOT also has “accessible activations,” with hand-cycling returning to this year’s program. This will be done in association with Citi Bike.

“We’re bringing hand-cycles to Summer Streets. Anyone 16 or older, can take a ride for free,” said Anne Krassner, Citi Bike’s Equity and Community Programs Manager. “We’re talking to New Yorkers about what their wants and needs are around an adaptive bike program.” 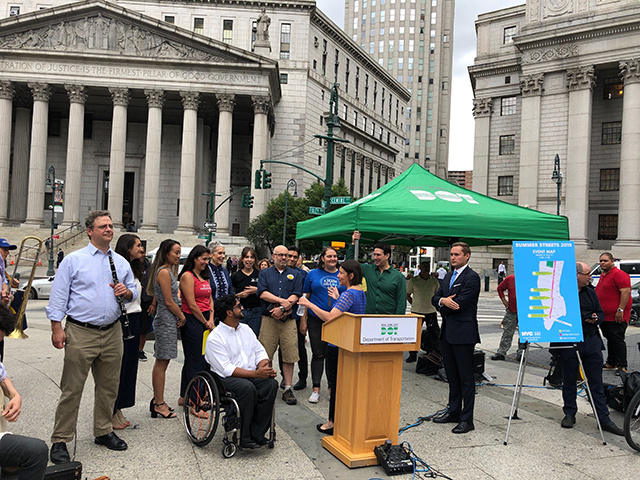 This year’s route consists of five rest stops, where activities will take place. The stops are:

Summer Streets is modelled on similar events that take place around the world including Ciclovía in Bogotá, Colombia, the Paris Plage in France, and London's Regent Street Summer.

Though Summer Streets only lasts for a limited time next month, the DOT claims they are aiming to make streets friendlier to non-drivers. “We’re looking at pedestrianizing some streets. The mayor made an announcement to that effect,” Forgione told Gothamist. “We’re going to be working on that, and hopefully have more information soon.