Germany Is Your 2014 World Cup Champion

The two sides couldn't find a difference maker during regulation time, even if Argentina had plenty of solid chances. Gonzalo Higuain pounced on a misplayed header but put the shot wide. Lionel Messi fought his way into the box and tried to go far post, but missed by inches. Despite some strong attacking play, Argentina would not get a single shot on target the entire match.

Germany found chances of their own, testing Sergio Romero on a handful of occasions throughout the match. The deciding goal would come in the second period of extra time thanks to fine combination play from two substitutes. André Schürrle found his way down the left wing, and lifted a pass to Mario Götze, who had lost his defender. The 22-year-old chested the pass and hit a volley into the far post, giving Germany a lead with just eight minutes to go.

Argentina tried desperately to find an equalizer, and was given one final chance with a free kick from about 25 yards out. Leo Messi stood over the ball, giving Argentines hope that there might still be some Messi magic to bail the team out at the death.

And then Messi did this:

(SAD HORNS FROM "THE PRICE IS RIGHT" SOUND)

Germany hoists the World Cup for the fourth time, their first championship since 1990.

An unforgettable group stage was followed by a pretty forgettable knockout round. The results from the first two weeks were full of miracle moments, plentiful goals, and late heroics. The knockout rounds, by comparison, were almost entirely forgettable: eight of the sixteen games went to extra time, with four needing to be decided on penalties. If it wasn't for Germany obliterating Brazil's dreams at home, we would've written the entire second stage of the tournament off.

The USMNT did fine, but still has work to do. Yes, they emerged from the "Group of Death". Yes, they reversed their curse against Ghana, should've beaten Portugal, and held on for a tight loss to Germany. But for all the talk of revolution from Jurgen Klinsmann, it was much of the same classic from the Yanks: physical play, tough defending, and set pieces. The US will need a serious top-to-bottom overhaul - youth development, formations, talent, you name it - if they're going to qualify and compete for Russia 2018. Perhaps they should look to Germany's youth system for a few cues.

Some new legends were born. Let's not spend too much time weeping over Spain, or England, or Portugal, or even Brazil. Let us instead praise Colombia, who danced their way into our hearts. Let's honor Costa Rica, who won a group with three former World Cup winners and only went out on penalties in the quarter-finals. And, unquestionably, this year's German squad will be remembered not just for winning, but consistently being the best team of the tournament.

You can bite someone, not even draw a foul in the process, have a nation defend you and claim it's a media conspiracy, get suspended from all soccer activities for four months, and still have a club pay £75M to transfer you. Oh, we see you, Luis Suarez.

ESPN did a fantastic job. Televising a major sporting event is not easy work, but the ESPN team made it look effortless. TV coverage with the right balance of voices and viewpoints, online streaming for literally everything, and even pretty solid radio coverage. It's their last World Cup for the forseeable future, and it's not hyperbole to say that the thought of Fox Sports having control of the TV rights for 2018 and 2022 is nightmare fuel. 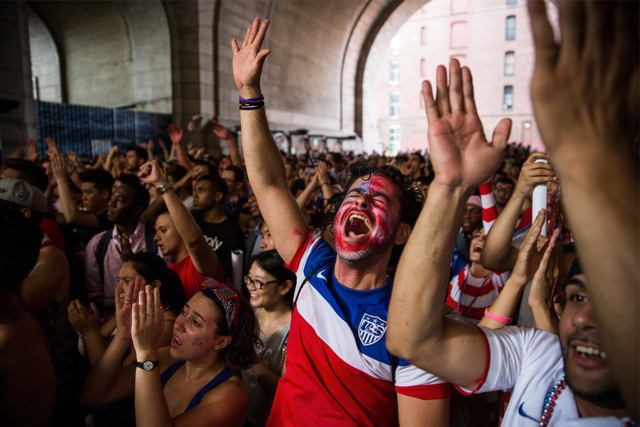 We are absolutely a soccer nation - but only during the World Cup. Despite all the hemming and hawing about soccer being "un-American", it's difficult to argue the nation was disinterested. People packed bars, neighborhoods celebrated, and office networks strained under a World Cup that fortuitously took place in a time zone that wasn't far off from that of the US. America isn't going to turn down a chance to watch the best in the world compete, even in a sport people may not normally watch otherwise.

Coincidentally, this is also why we're also not afraid to say that America is not in love with its own domestic league, Major League Soccer. MLS is not the best league in the world, be it in terms of talent (the retirement league stigma isn't gone), quality of play (still some routinely sloppy play), or ease of finding the games on television (it's easier to watch the Premier League). Don't get us wrong: MLS has its charms. But as with every World Cup cycle, the league and its clubs need to work hard if they're going to convert interest in the international game into love for the domestic.

FIFA needs a proper concussion treatment protocol immediately. With so much attention to concussion awareness as of late in the USA, it was distressing to watch player after player take a blow to the head, be carried off the field, and then come back on minutes later. Given all the other scandals on their plate, they should not add a potential lawsuit about player safety to their liabilities. 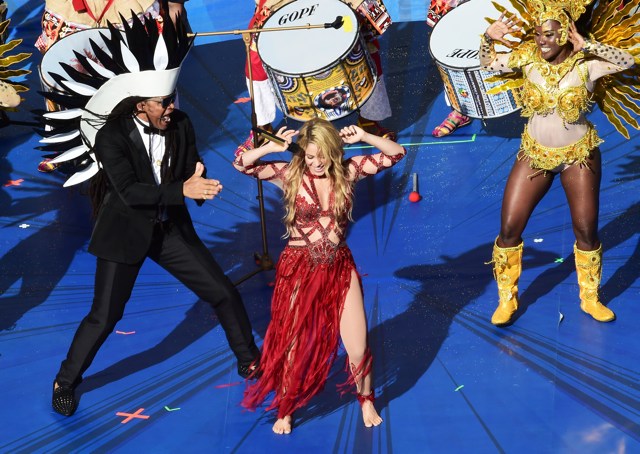