Brooklyn Heights has been losing some of its most beloved businesses over this past year, namely Brooklyn Heights Cinema, which closed last August, and Siggy's, which shut its doors rather unexpectedly earlier this year.

The Cinema, which was white-knuckling onto its Henry Street space for as long as it could, was a particularly great loss. That single-story white brick building, the small screens, the signage, the FONT! It looked 44 years old, and that totally fit with the neighborhood, which is, after all, America's First Suburb. Anyway, it really tied the... community together.

So it's especially dispiriting to see that the most generic, ugly set of condos will seize its soul. While the cinema's bones will technically still be there, they will be unrecognizable. 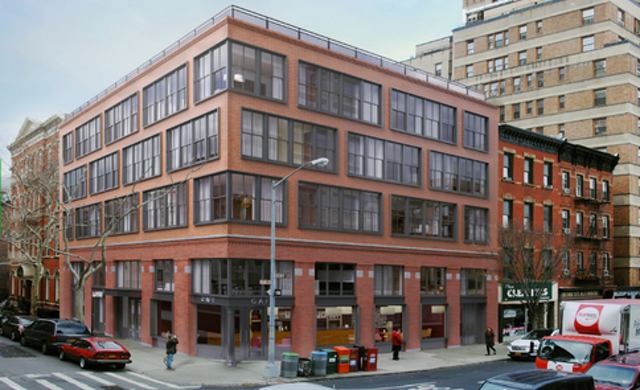 Curbed sounds optimistic about this beast, noting that the "five-story apartment building proposed for 70 Henry Street earned approval from the Landmarks Preservation Commission yesterday. Morris Adjmi, whose work is on the whole respectable, is designing; the LPC rejected rejected earlier iterations twice. Adjmi's revised plans preserves the exterior of the existing building—in fact, it calls for the restoration of its original brick facade—while splitting its interior into two stories and adding three more levels on top of it."

Apparently a few minor changes will be made to what you see here, like the roof railing won't be so shiny. Oh, well that changes everything.