In its most political statement and appeal to date, the Brooklyn Botanic Garden has unveiled a new exhibit to protest a developer’s plan to build two 39-story residential towers that organization officials say will cast damaging shadows on the institution's grounds.

The exhibit, called “Fight For Sunlight," opened on Tuesday and showcases the pre-existing collection of plant species—from bonsai trees to rare tiger orchids—in the garden’s greenhouses. For the exhibit, they have added signage, renderings and a shadow analysis video, which together argue that the plants are under existential threat from a project that, according to Kathryn Glass, the organization’s chief of marketing and business development, is “preposterously out of scale.”

Developers Continuum Company and Lincoln Equities are proposing a rezoning plan that would allow them to build a 1.4 million-square-foot development with 1,578 units of housing, half of which would be affordable, at 960 Franklin Avenue. Both towers are slated to rise to roughly 420 feet, making them one of the largest residential high-rises in Crown Heights.

The current zoning in the area only permits buildings as tall as 11 stories.

To dramatize the impact, Garden officials created a time-lapse video that appears as part of the exhibit.

The fight over the project is intensifying at a critical stage. The developers are currently preparing a report on the environmental impact of the rezoning, which has been required and will include a shadow analysis. According to the Department of City Planning, the city has yet to receive a draft or an official zoning application. There is no set deadline.

The garden’s own analysis asserts that the shadows cast by the proposed buildings would block sunlight on the eastern sections of the 52-acre grounds for up to four-and-a-half hours a day. One of its experts has concluded that the loss of light could mean that the garden would lose half of its plants because of the impact on propagation, which ensures that plants that die off get replaced. 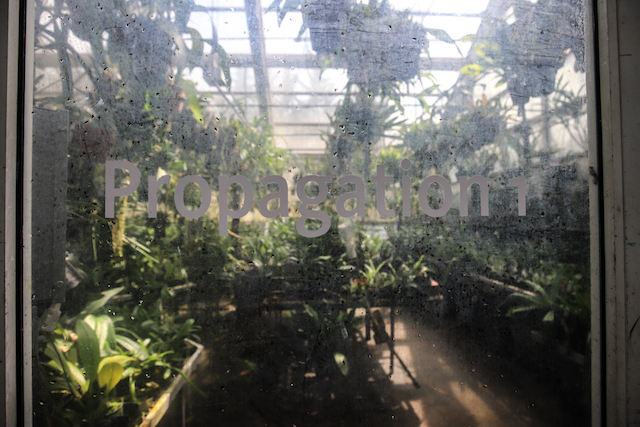 Continuum did not respond to a request for comment. But the developer has framed the battle as one between green space and affordable housing, a growing tension as the city faces increasing demands for both.

As the exhibit suggests, the Brooklyn Botanic Garden, which sits on city-owned land and receives city funding, is not shying away from saying that development should not come at the expense of a cultural and environmental resource.

“This is very much a story about the changing nature of Brooklyn,” Glass said. “This puts us at the epicenter of the conversation.” 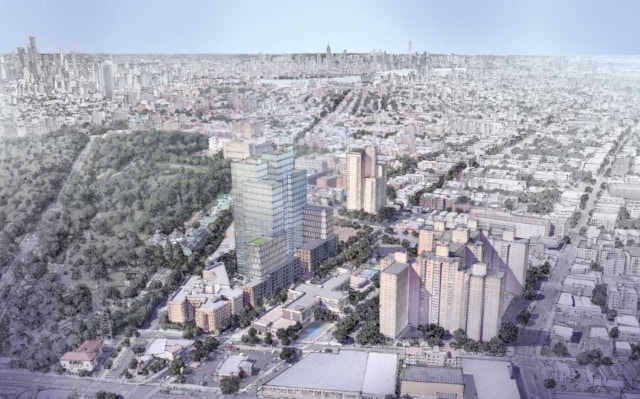 A rendering of 960 Franklin Avenue with the Brooklyn Botanic Garden at left. (CONTINUUM DEVELOPMENT COMPANY)

The exhibit "Fight For Sunlight" will run until the end of the year.