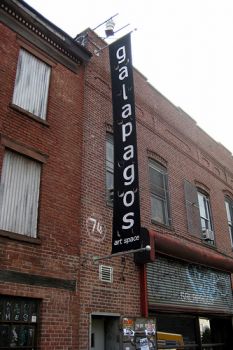 Last spring, it was announced that Galapagos was being priced out of their N 6th Street digs in Williamsburg, which the club had inhabited permanently since 1998.

More recently, TONY hinted that Southpaw owner Matthew Roff planned to sign a lease to take over the space, and today it's been confimed; from a press release:

Roff discussed the new name, saying, “We’re all fans of Darwin, obviously. We were originally going to call it Madagascar—we are trying to have some continuity between 'Natural Selection' and the new Galapagos." Meanwhile, look for the real new Galapagos opening up in DUMBO this Spring.