Frank Sinatra's "Glittering Grotto In The Sky" For Sale

Frank Sinatra in A kitchen, but probably not THE kitchen (via LIFE)

Frank Sinatra's old pad at 530 East 72nd Street is back on the market—the last time it was up for sale was 2008, when the listing read, "The first owner was Old Blue Eyes. The new one must be someone with vision." It's unclear if that vision still includes circa 1960s wallpaper and tiles.

The 3,000-square-foot penthouse, which takes up the 22nd and 23rd floors, will go on sale next week for $7.7 million, according to the NY Post. Broker Jason Haber says, “The apartment has been modernized, but it is still set up for someone with that Rat Pack mentality. It is really for someone who wants to entertain, to have people over, to have dinner parties.” When Ol' Blue Eyes lived there he entertained the likes of President John F. Kennedy, Marilyn Monroe, and even Andy Warhol—the artist called it “a glittering grotto in the sky.’’

Sinatra even helped design the place back in 1961—it comes with two sprawling terraces, six bathrooms, and there used to be a rooftop party room, but that was made into a boring master bedroom by the person who purchased the place from him in 1972. Will you be the one who brings it back? Word is that Sammy Davis, Jr. used to throw champagne glasses onto the FDR from this place. 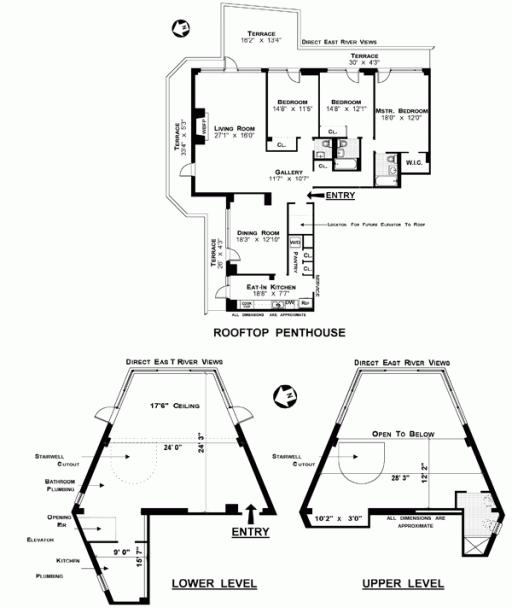