Fleet Week, that magical time of year when New York City (well, parts of Manhattan) is flooded with seamen and seawomen in uniform, kicks off today with the Parade of Ships. 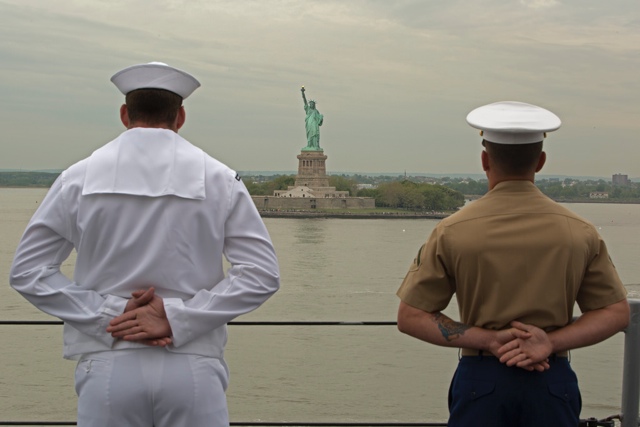 The Stout will lead the ships, which will enter New York Harbor at about 10 a.m. Then the ships can be seen heading up the Hudson River from Battery park to the George Washington Bridge.

#fleet week
#parade of ships
Do you know the scoop? Comment below or Send us a Tip