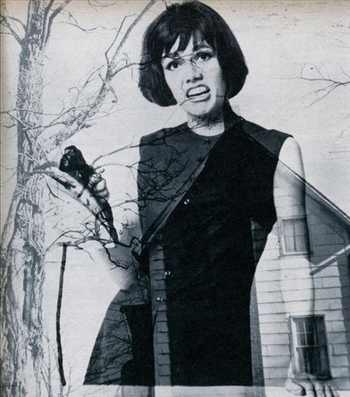 "Not another cocktail & buffet dinner party!"

In September of 1965, the magazine Lady's Circle ran an article called: "One Woman’s Confession: I HATE SUBURBIA" (she wasn't alone). It told the story of one woman's move to Long Island, which she described as "a jail sentence," despite the pleasant shrubbery and forsythia. Instead of finding the best of country life and city conveniences mixed in to one perfect Utopia, she found that it had "all of the drawbacks of living in the city... and none of the advantages!” This was years after her family originally moved there, and everything became very Edward Scissorhands. Here are just some of the reasons why the suburbs sucked:

Guess it wasn't all jello salad and shooting pigeons. At least there was plenty of white whine to go around though. Her list also included:

#flashback
#history
#suburbia
#suburbs
Do you know the scoop? Comment below or Send us a Tip