Five Fun Things To Do In NYC This Week

It's NYC Pride Week, with the NYC Pride March, Dyke March, and Drag March all happening this weekend. Throughout the week, OutCinema will be screening documentaries that honor and celebrate the LGBTQ community at the SVA Theater. The Joyce Theater in Chelsea will also be showcasing the talents of two queer dance companies this week (with performances by MADBOOTS DANCE, an all-male company, and Sean Dorsey Dance, which is led by Sean Dorsey, the first acclaimed transgender modern dance choreographer in the US).

Come the weekend there's your fair share of parades and parties, too. The Pride Kickoff Rally will be in front of the historic Stonewall Inn on Friday, June 22nd, and the big pride march is Sunday. You can check out other ongoing events for Pride Week here.

And tonight, the Center is hosting a Garden Party to get things started. 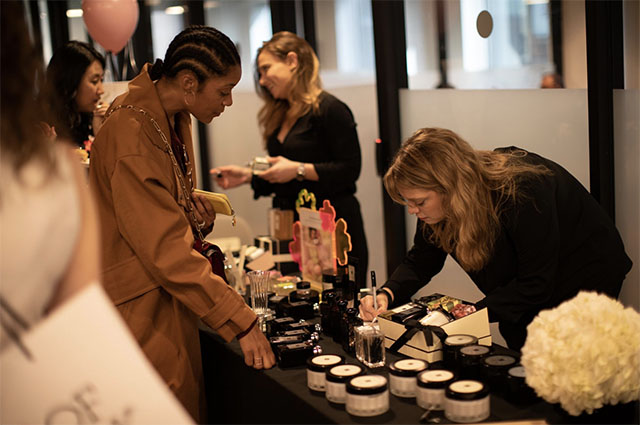 To kick off World Refugee Week, WeWork will be hosting a market featuring goods made by and in support of refugees at its Times Square location. The Refugee Creator Marketplace will include Global Goods Partners, a non-profit that partners with over 20,000 women global artisans and Darzah, an ethical fashion brand that specializes in Palestinian embroidery, and the event will also include food vendors courtesy of Eat Offbeat, a catering company that serves authentic meals created and prepared by refugees. DJ Malik Yusef will provide music. You can RSVP here.

The film festival that prioritizes filmmakers who "transcend the Bechdel test” is back again for its second year. This year's Brooklyn Women's Film Festival will feature 60 short films made by female directors and/or writers, including shorts from 14 countries including Russia, Liberia, and Turkey will be shown. The fest, which takes place at the Wythe Hotel in Williamsburg, kicks off with a special opening night celebration at The Counting Room($8-$12).

The DIY art collective that brought you Kitty City and the Fung Wah Biennial is back with another out-of-the-box event. This weekend, the Flux Factory will turn its gallery space into a 60-hour spa sponsored by the Springboard Collective. The pop-up spa will feature amenities such as a sauna, a cafeteria, and even a tanning bed. Activities include yoga classes, live performances, and a Dry-Ice Dance Party featuring DJ Sponsored Lynx. Though take note of the strict or rather casually-enforced dress code, the invite reads: "Robes, loungewear, or swimsuits must be worn at all times while in the sauna or during live performances. The rest is up to you."

Get ready for a corgipalooza this Saturday in Tompkins Square Park. Or, at the very least, a few corgis in a park. The meetup is really meant for corgi owners, but fans of the adorable pups are also welcome to watch from outside the run. However, due to overcrowding, non-dog owners can't enter the run, and there's a two people per corgi policy. You know what, just go to the L.A. one.

#5 things
#5 things to do this week
#events
Do you know the scoop? Comment below or Send us a Tip