So far we've seen almost the entire Sterling Cooper & Partners gang in the upcoming final season promo images... except for Ms. Joan Harris. DID SHE DIE? Was she just waiting for Meadow to parallel park? Was she busy making Devil Nets? Was she chilling in the Black Lodge? No no no, this morning AMC released this new image to us, showing Joan descending the steps of a TWA plane (just like Don).

But what does THAT mean? Why is everyone on a plane? Why are there no deep, intense sidelong glances—is everyone happy? Why is it so sunny? Are they all going to Heaven? Were they dead this whole time, or in some purgatory universe creating their own reality? Is Sia's "Breathe Me" playing?

Click through for the previously released images from the final season of Mad Men, which premieres April 13th at 10 p.m. Here are some other teaser images for the final season, released yesterday: 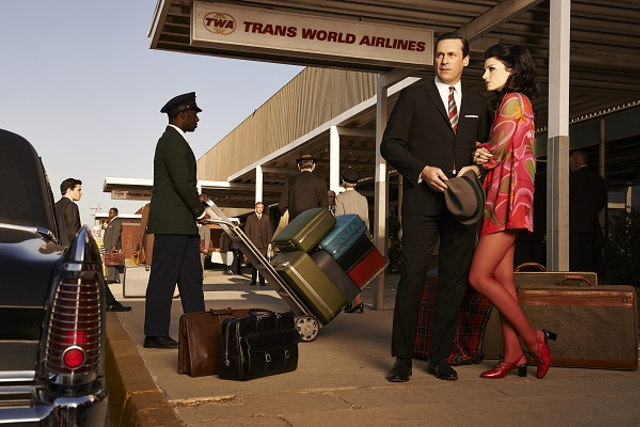 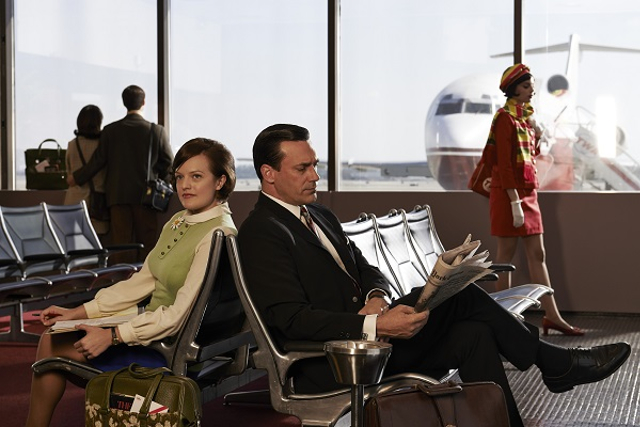 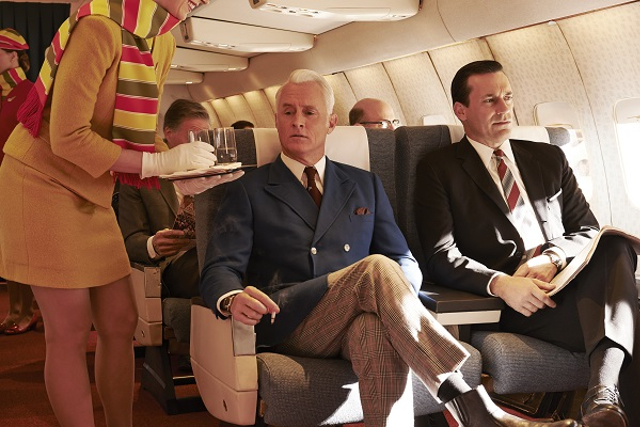 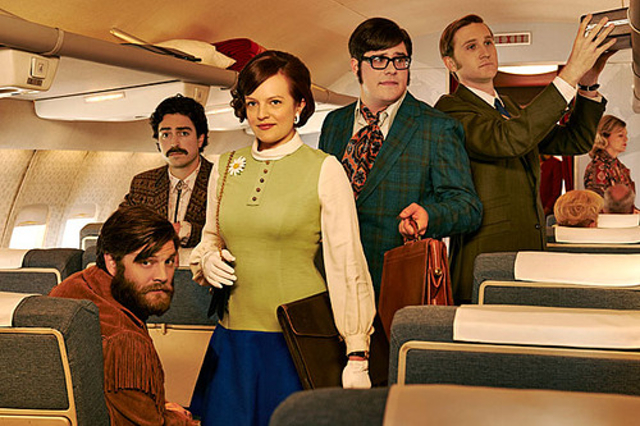 #christina hendricks
#joan harris
#mad men
#season 7
#original
Do you know the scoop? Comment below or Send us a Tip
A new Gothamist is coming! We’ve moved comments over to our beta site. Click here to join the conversation and get a preview of our new website.