Michaela Anne at the Jalopy Theater in Brooklyn 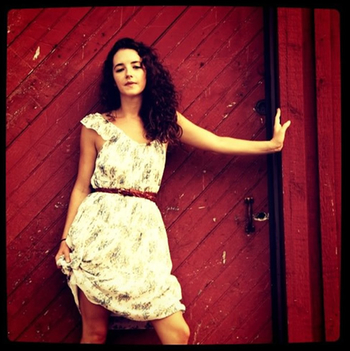 Michaela Anne grew up in a military family, calling many places home—by the time she was 18 years old she had lived in twenty different houses. Her dad was a Naval Submarine Officer and transferred over his love for country music to her at a young age. At 11 years old she was listening to heavy doses of Patsy Cline, Hank Williams, and a new country trio of the time: the Dixie Chicks. Eventually she took music lessons from a bluegrass guitarist and singer, and now she's putting out her own country songs, straight from the heart of... Brooklyn.

Recently ABC's Nashville has made even the country music genre's toughest critics tap their feet—and the show's soundtrack was ranking competitively with Taylor Swift's Red when it was released. Cynical city slickers like Lena Dunham have also fallen for the show... so we got to wondering: is there a Nashville in New York City? Can those cold New York hearts that have recently warmed up to twang find it in their own backyard? And that's when we found Michaela Anne—for the Nashville-educated, she's like the Scarlett O'Connor of Brooklyn.

The singer/songwriter—who moved to New York in 2008 to attend the New School for Jazz and Contemporary Music—told us, "There was definitely not a country music scene to be found within that world. I actually felt like I had to hide my love of country music for some foolish reason. I was dying to find people who just loved to hear a sad song. For some reason I had felt ashamed of the fact that that was what did it for me. Simple beautiful music." 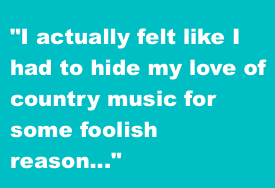 "But then I heard about Michael Daves, a great bluegrass guitarist and singer, and I heard that you could take private lessons with him through the school. Through studying with him, I learned about the great roots music scene in New York. It was really refreshing for me to find a community of people who really liked simple, song-based music. But for a long time, I would say I didn't really have friends here in New York who loved country music like I do... the first few years I definitely questioned why I was here."

However, last year Nielsen/SoundScan numbers showed that New Yorkers purchased the most country music out of any other city in the nation, including Nashville. At the time, Billboard's Wade Jessen acknowledged a possible connection: “New York City is a very demanding place to live, country music is a great way to put the brakes on a lot of the noise in people’s lives.” And this year New York City got its first country music radio station in 16 years: Nash 94.7, broadcasting out of Brooklyn.

While country fans are out there in the five boroughs, Michaela Anne tells us the country music scene isn't that strong "unless you're using country in the broadest sense of the word. There's a great scene for American based roots music. Bluegrass, old-time, western swing, honky tonk, some cajun are all really prevalent here. There are some world class players who call New York home, and that's one of the great reasons to live here if you're into that music. But as far as a scene of songwriters who are writing and performing what would be classified as 'country' music versus any of the other roots genres, I think it's still a pretty small scene."

Michaela Anne—who is currently raising funds to record her new album—is one of those musicians that introduces blues and folk into her brand of country, just like some of the younger artists on Nashville...

"I'm a fan! I think the characters and story lines could be called accurate to the scene here or elsewhere. Given that I'm not a commercially successful bus touring superstar I'd probably say that the Gunnar and Scarlett storyline could be most relatable to the scene I know. People working jobs, writing music, seeing your friends gain success or not, seeing relationships sour or flourish because of choices people make to achieve their goals. I don't think that's specific to country music, but to life... country music is a genre that typically tries to portray real life in songs. It's about talking about the day to day struggles, heartbreak, triumphs, hopes. It's so sincere to the point that it's easy to make fun of. Hence country music being the butt of many jokes."

But country has been winning fans over for years—there's even an annual Brooklyn Country Cantina at SXSW and a Brooklyn Country website dedicated to the music genre in NYC—so if you're ready to drink the moonshine, the below guide will get you started. 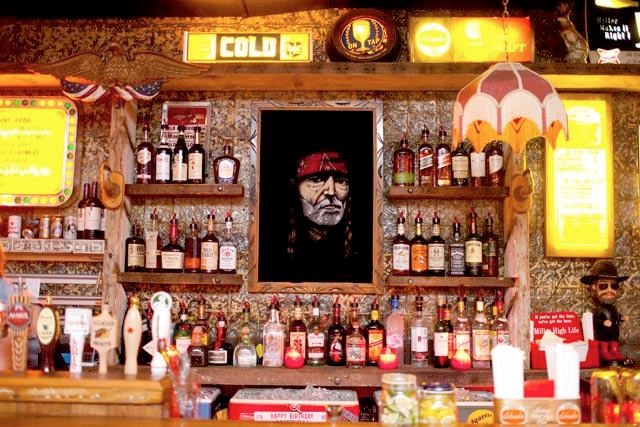 THE DEFIBULATORS: This New York-based band has been bringing real deal country and honky tonk to the stage for years—and they do it with washboards, banjos, fiddles, and a Telecaster.

THE LONE BELLOW: This country rock trio moved here from various small Southern towns, and have scored a big opening slot on Dwight Yoakam's current tour... they're even playing the legendary Ryman, which was not a made-up venue for Nashville the tv show. They recently signed with Descendant Records, a sublabel of Sony BMG, and released their debut album earlier this year.

UNION STREET PRESERVATION SOCIETY: These guys are more of a roots string band, with a little bit of a country feel.