Fifth Avenue Apple Cube Being Stripped Of 75 Panes Of Glass

The new cube (Courtesy of Apple)

In June we saw that Apple began to work out some issues with its iconic cube on 5th Avenue, to the tune $6.6 million... though it wasn't very clear what the problems were. At the time, planning documents revealed that the company be making upgrades to the surrounding plaza structure, before reinstalling the cube. Now MacRumors reports back with a photo. The company has now revealed the plan on their temporary facade, and they sent us over this new rendering and plant. Though it turns out nothing is wrong with the old cube, they want to simplify it, and "by using larger, seamless pieces of glass, we're using just 15 panes instead of 90." 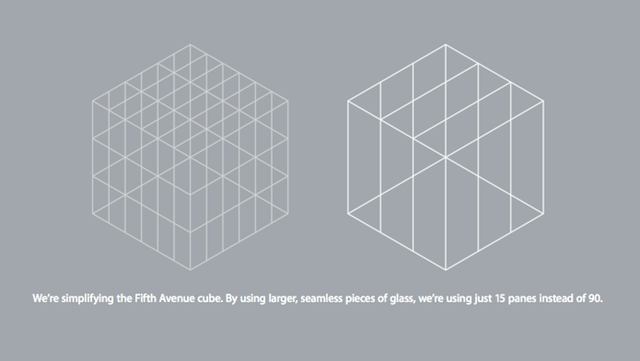 Will it still be as photogenic? We'll find out in November, when they'll unveil Cube 2.0.

#5th avenue
#apple
#apple store
#cube
#fifth avenue
#glass
#renovation
Do you know the scoop? Comment below or Send us a Tip