Feast Your Eyes On This Smooth Subway Map Design

As Atlantic Cities reports, Cerovic has made new subway maps for a dozen major cities around the world, including Paris, Barcelona, Tokyo, Berlin and of course, NYC. He purposefully kept a certain uniformity for all the maps, "so if you go to another place, you'll seem to recognize the meaning of the signs."

His guidelines include enlarging city centers (to space out all the lines and stations), using uniform set of colors, symbols and labels, and most importantly, keeping "all the lines vertical, horizontal, or 45 degrees inclined, and limited most of them to no more than five bends on their entire lengths." Check it out below. 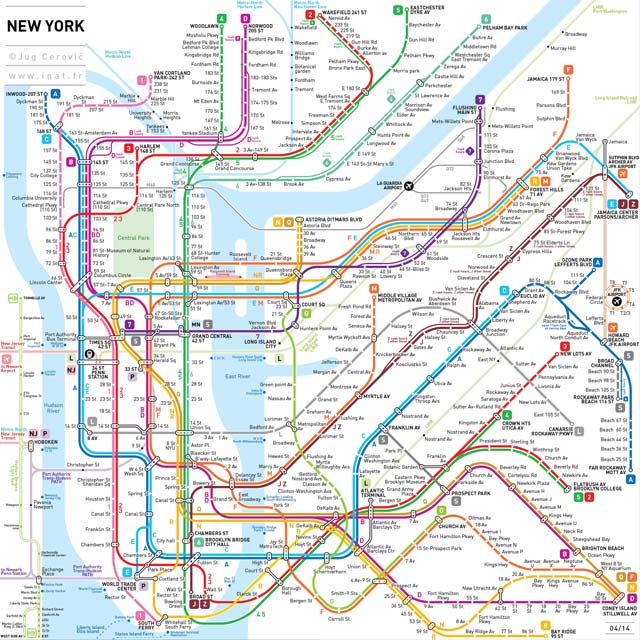 #Jug Cerovic
#maps
#MTA
#subway
#subway map
Do you know the scoop? Comment below or Send us a Tip