Despite an outcry from the NYC film and television production community, the EPA is now officially poised to oust Gowanus movie studio Eastern Effects, where The Americans and other productions are filmed, as part of the Gowanus Canal Superfund cleanup. The EPA has decided it needs the site for a temporary staging area for Gowanus Canal sewage overflow tanks, and yet the EPA also admits there are other options that would be less expensive.

In December, the EPA wrote the following in a letter outlining a meeting they had with the City of New York: "Presently, EPA understands that there are commercially available, workable and considerably less expensive lease or sale options than the movie studio [Eastern Effects]." Any alternative "workable" option would certainly be highly preferable to Scott Levy, the owner of Eastern Effects, who says his company has spent millions creating a state-of-the-art facility in an old copper warehouse. The studio also has a dozen years left on its lease.

The EPA needs to clean up the Gowanus Canal, but do they really need this specific building to get the job done?

The Eastern Effects campus includes three buildings in Gowanus, with the main studio located at 270 Nevins Street, which sits at a dead end right up against the Gowanus Canal. There are however, as the EPA stated in that December letter, other options. Just 10-feet from Eastern Effects is an empty warehouse that would suit the needs of the agency—it's even got a big "For Sale" sign hanging outside. That, according to Levy, is one of at least three viable options that would not put hundreds out of work and devastate a business.

But yesterday the EPA ruled that 270 Nevins would be their new home (oh, and they would also likely demolish it). The only hope Eastern Effects has now is the de Blasio administration. Earlier this week Mayor De Blasio did say that he would "certainly try and help them," but ultimately called it "a complicated situation."

Levy had this to say upon the ruling: "We're devastated to hear this news. Now, the decision rests squarely with the de Blasio administration. We've heard a lot of recent talk from Commissioner Menin about the importance of the local film industry, and now it's time to see some action. Here's a golden opportunity for her to do the right thing and save one of her own." 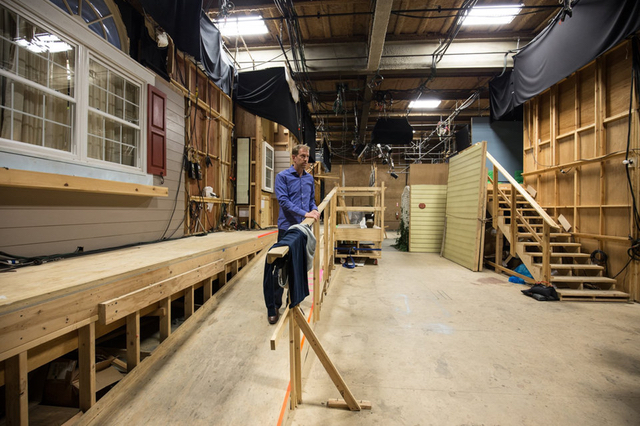 In a lengthy document released following the hearing, way down on page 22 (PDF), the concerns voiced during the public comment period were outlined—this was the response given when one person questioned local businesses being affected:

"The parcel at 270 Nevins Street is a logical location for the staging area. NYC intends to acquire this area. The acquisition could be through a voluntary purchase agreement or eminent domain... The proximity of 270 Nevins Street to a Head-of-Canal CSO retention tank would eliminate the need to transport materials across active streets to go from the staging area to the CSO retention tank installation area. EPA is aware of the number of employees at the studio and the economic benefit from the existence of the studio there. EPA is also aware of the fact that the lease held by Eastern Effects, Inc. does not provide for compensation if the property is acquired through eminent domain."

As for those "active streets," this is not Times Square we're talking about—a few weeks ago we stood outside for some time during rush hour and didn't see any traffic, vehicular or otherwise. But it is complicated, as de Blasio noted.

Within that lengthy document released yesterday, there is also something about soil contamination underneath 270 Nevins, but it seems this could be cleaned up without kicking the studio out.

Currently, the EPA has declared that they will work with the City should they provide an alternative solution that would not result in demolition of 270 Nevins.

#eastern effects
#epa
#gowanus canal cleanup
#scotty levy
#original
Do you know the scoop? Comment below or Send us a Tip