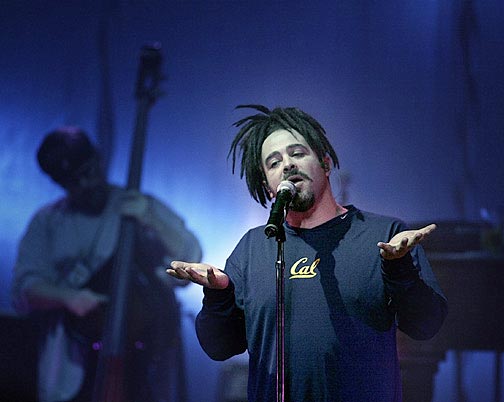 The good folks at Farm Aid have just updated us with more details about their first show in New York City, announced in June and taking place September 9th. They also have a ton of info on food and farming in New York, which you can check out here.

The press release promises "artists representing a variety of genres," however the lineup proves to be a bit "hippie-heavy" - which we suppose is fitting to the fest. Joining Farm Aid board members Willie Nelson, Neil Young, John Mellencamp and Dave Matthews to fill out the lineup for the day-long festival are Tim Reynolds, The Allman Brothers Band, Counting Crows, Matisyahu, Guster, The Derek Trucks Band, Warren Haynes, Supersuckers, The Ditty Bops and Montgomery Gentry.

Hey! The Counting Crows are back?

Tickets are $52 and the concert is to help promote food from family farmers and raise funds for Farm Aid’s work to strengthen family farm agriculture. The event will serve 100 percent local, organic, humanely-raised and family-farmed food, which is unprecedented! With family farm food vendors, and hands-on, interactive exhibits with farmers and activists you may just be inspired to live a homegrown life. Or maybe you'll just go, spark a j and space out to a killer 10-minute rendition of Mr. Jones.