This morning, 80-year-old Regis Philbin embarks on his final farewell from the morning talk show he has co-hosted for over twenty years (#RegisFarewell is trending on Twitter right now). The other day we looked back at Regis throughout the years, and last night David Letterman (a huge fan of the Reeg) gave him the Top 10 treatment, with "Top 10 Things We'll Miss About Regis" (he also predicts we'll all need therapy when we realize Regis isn't coming back to our television screens—although Regis is calling this a leave, because he doesn't like the word "retirement"):

If you head over to the show's website, you can dive down a rabbit hole of memories, but we especially like this video narrated by Alan Alda:

Here are some scenes from this morning, before the show began: 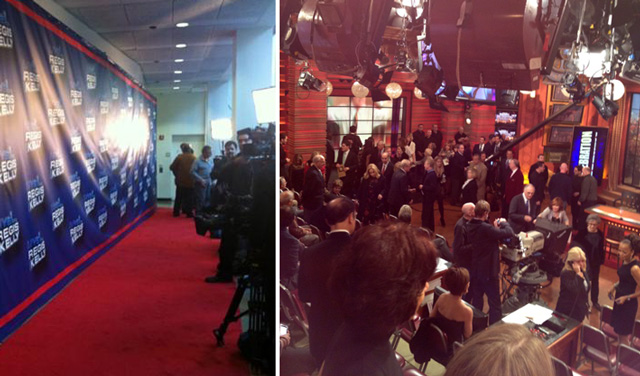 via dialkyle and Regis and Kelly 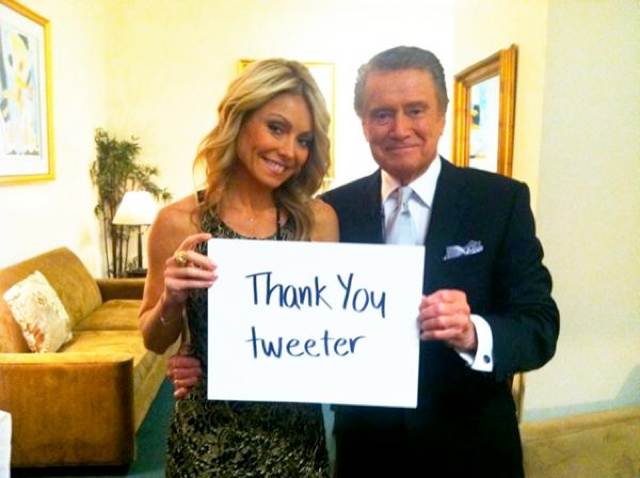 Update: At the end of an emotional show, including a performance of "Seasons of Love" by the current cast of Rent, Disney president Bob Iger presented Philbin with a plaque outside the ABC Studios at Columbus and 67th Street. And that seemed rather anti-climactic: As one person Tweeted, "Watching last #RegisandKelly. I'm sure #Regis loved having ABC president dedicate plaque 2 him-instead of renewing his contract on his terms."