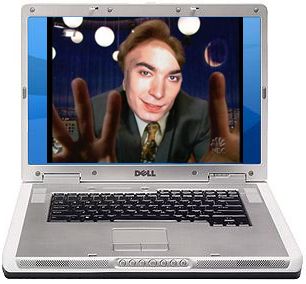 Has a Jimmy Fallon-hosted Late Night reality sunk in yet? Well, it's happening, and the ex-SNL cast member will be getting a head start by popping up at a URL near you sometime soon. The NY Times reports that "Lorne Michaels has decided to try to get a jump on things by starting NBC’s next edition of Late Night, with its new host Jimmy Fallon, as a nightly entry on the Internet."

The web performances will begin this fall and are expected to run about 5 to 10 minutes each. Michaels wants them to air nightly to get Fallon in shape for his upcoming schedule, and of course to ease us all into seeing not-Conan's face from Monday through Friday...or as he puts it “I’m going to post them at 12:30 every night, so people will begin to look for Jimmy at that time.” The new host will be allowed to experiment a bit more online, and without much censorship the network is likely hoping to generate some of that viral online buzz they've heard so much about (Wired notes that such "studio-backed web-based content is nothing new").

Log on, don't log on...either way, there's a lot more Fallon in your future...Michaels expects him to sit in the big boy chair on national television starting sometime next spring.