Last year, Council Member Mark Levine led his fellow City Council members on a tour of North Brother Island in hopes that one day the abandoned 20-acre island would be opened up to the public. Now, that dream is one small step closer to becoming a reality, as Levine has landed a grant to study how it might happen.

As chair of the Council's Parks and Recreation Committee, Levine is committed to finding ways to bring New Yorkers closer to the incredible—but usually restricted—sites, like the top of the arches in Washington Square Park and Grand Army Plaza, or inside the Soldiers' and Sailors' Monument in Riverside Park. North Brother Island is at the top of his list, given its rich history. The island was home to quarantine pavilions which were built for Russian Jewish immigrants in 1893 and, in the early 20th century, Typhoid Mary was a patient at the island's Riverdale Hospital, until her death.

Thanks to a $50,000 grant from the J.M. Kaplan Fund, Levine is spearheading a study to examine how accessibility can be achieved in a way that's sensitive to the environment (the island has a lot of wildlife) and the decaying historic structures. "We want this to be a resource for the community and young people to learn about the incredible history and human stories of North Brother Island," Levine explained. "We want the local community to be part of this planning process. The grant allows us to bring us experts in architect, urban planning, horticulture and environmental studies together with community leaders and young people." 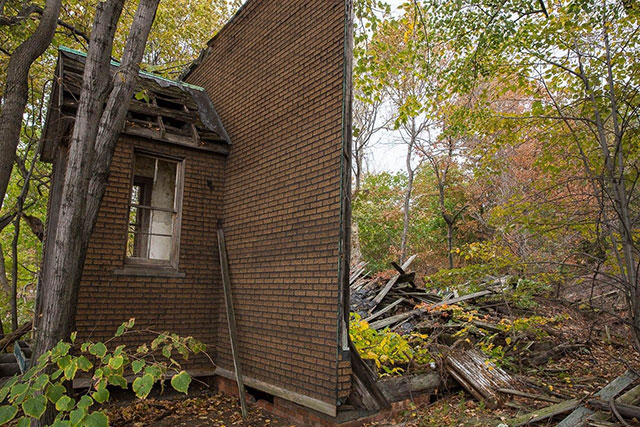 The tiny island off the Hunts Point in the Bronx has long been an urban explorers' destination (i.e., illegal). Levine is excited about the opportunity to increase awareness about North Brother Island. "Since it's off the coast of the South Bronx, no one has ever invested in these kind of projects," he said. "If it was off the coast of TriBeCa, it would have been opened up to public access years ago."

Design firm PennPraxis is leading the study, and a number of community groups are involved, like The Point. Young people involved with The Point's workshops will be photographing the island—and they'll be developing the pictures the old-fashioned way. Another non-profit, Rocking the Boat, which educates youths about urban waterways by teaching them to build and then sail or row wooden boats, will be ferrying everyone over to the island for their research and photography. 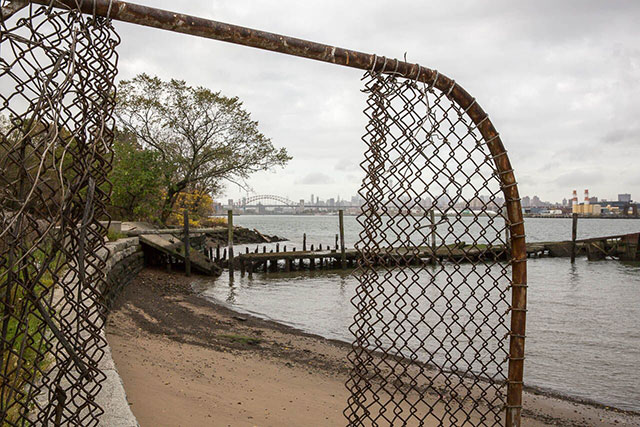 Maria Torres, President of The Point, noted that by letting students help with the photo documentation of the project, she hopes that the "kids see the beauty of where they are" and possibly inspire them to help Hunts Point "change from within."

As for the island's future, Torres said, "Selfishly, I would love to be able to have more people see it, experience it and learn more about the history about it"—it'd be perfect for class trips. Then she admitted, "From an ecological point, you'd love to preserve this space for the birds... we’re playing a small part in their ecosystem and we’re making sure these birds get to continue their existence."

Levine doesn't expect it to become Governors Island, "with bike rentals and hot dog stands... I don’t see that as being appropriate," given the delicate ecology and "significant safety" concerns. However, Levine believes, "With reasonable investment, we can get to a point for controlled access for actual members of the public." How that takes shape—possibly through a non-profit or conservancy—remains to be seen.

The results of the study will be released next year, with short-, medium- and long-term recommendations, covering things like how to provide access but also keep certain historical and ecological areas untouched and creating community support.

The study's participants have already made one trip to the island, with two more planned. Levine hasn't been there since last year—"Even for a city council member, negotiating access is challenging"—but hopes to tag along on an upcoming one. He's optimistic about bringing North Brother Island to New Yorkers, adding, "Everything is do-able if we have enough commitment."