Exit Art, the alternative non-profit gallery and art space located at 36th St and 10th Avenue is hosting its final Gala event tonight, appropriately titled "Exit With A Bang!" The event includes a slew of performances, including feminist artist Martha Wilson as Barbara Bush impersonator, a magic performance, and music, specifically by Jerry Harrison of the Talking heads, among others. There's also a silent auction of works by seminal artists like Tom Otterness, Ida Applebroog, and Lawrence Weiner. 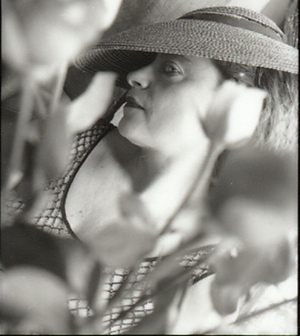 The pioneering alternative space—one where you might witness ants devouring a McDonald's happy meal in the name of art—was founded by artists Papo Colo and Jeanette Ingberman in 1982. Since its inception, Exit was home to a diverse array of artists of unique backgrounds and disciplines, including video art and especially the often-underrepresented Latino community.

Ingberman died of leukemia this past August, and was survived by Colo. According to a representative of the gallery, it was Ingberman's passing that prompted the closing of Exit Art, as she was deeply involved in with the organization's leadership. Exit Art's final exhibition, the retrospective Every Exit is an Entrance: 30 Years of Exit Art will run from March 23 until the gallery closes on May 25.

There are fewer and fewer spaces like Exit left in New York City; in a recent New York Times story about the artist Dustin Yellin, the sagacious Colo was quoted saying “To sustain an art space in New York, especially a nonprofit one, is a sort of miracle, because the art world is a for-profit culture.”