Even The New Yorker Is Ready For Citi Bike

Yes, a handful of members don't have their fobs yet, but New York City's bike share, Citi Bike, is launching today. And The New Yorker has devoted its newest cover to it: 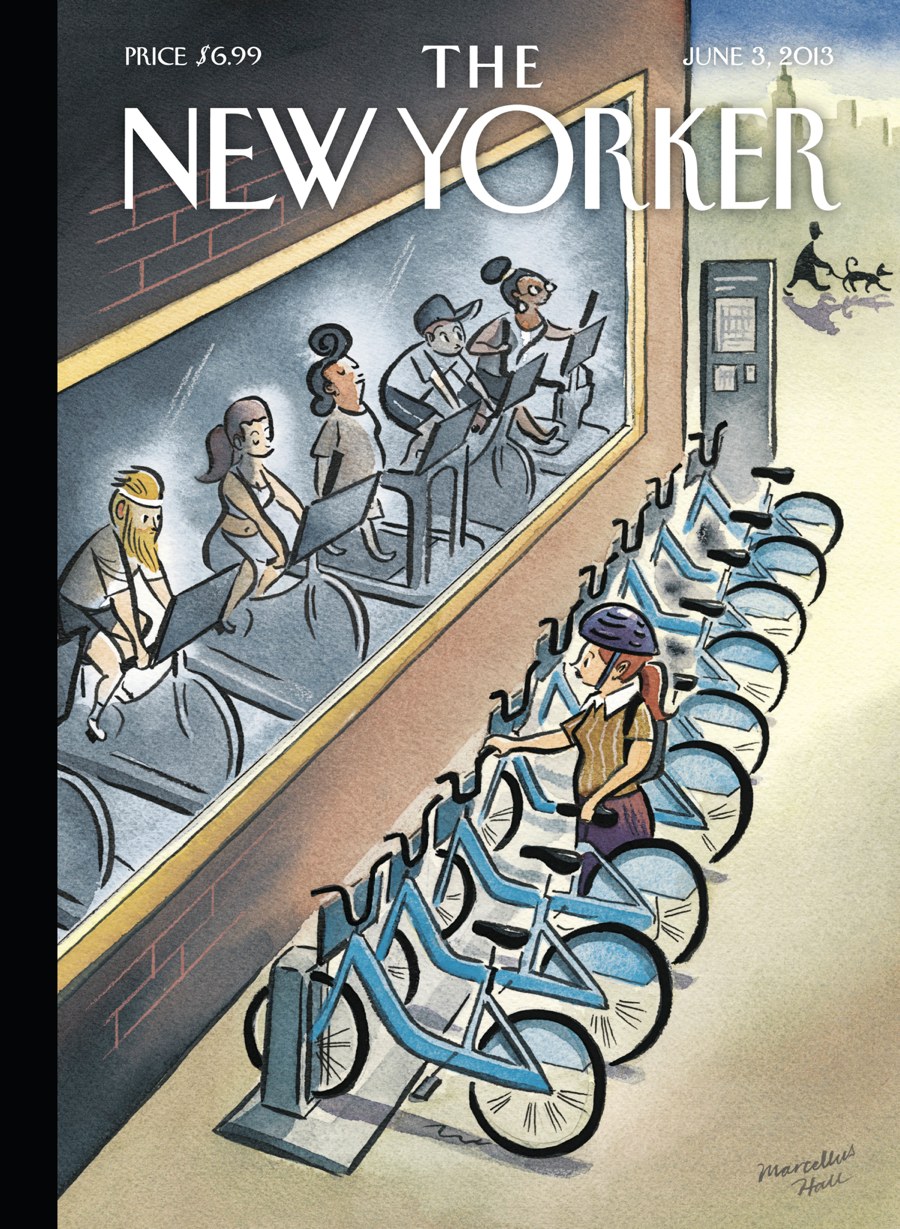 The cover was illustrated by Marcellus Hall, who tells the magazine he's been cycling in the city for 15 years, "I’ve only been ‘doored’ twice. I’m very careful. I look into the side mirrors of the parked cars to see if there’s movement inside. I ride only on the left side of the street because there’s less of chance of a passenger getting out than of a driver. Actually, I read it in some cyclist publication that, as a cyclist, you’re allowed to take up a whole lane and sometimes, I even do that—though it’s a risky proposition. I’m not one of those hard-core bike freaks; it’s just a good way for me to get around in the city."