For a certain breed of baseball fan, there's nostalgia not merely in remembering the awkward, spastic world of children's t-ball games, but in the chaotic and bouncing world of stickball. At its most basic, all you need for stickball is a broomstick, a tennis ball or rubber ball and an empty street. The idyllic and simple sport got the sepia-hued documentary-style treatment from Brooklyn filmmaker Jay Cusato in his 2001 short film When Brooksticks Were King.

This Sunday, the 2nd Annual Stickball Hall of Fame Day will take place at the Cyclones' home field of MCU Park in Coney Island, where Cusato's film will also be screened. Ahead of the event, he spoke with us about his movie, the importance of stickball for forming lasting friendships, and the future of the sport in Brooklyn.

Broomsticks is made up a series of interviews with Brooklynites who grew up playing stickball, all of whom rhapsodize about their days as kids when they would take over a street and slap a ball around. The cast, made up of Cusato's father and other Brooklyn lifers, play exaggerated versions of themselves, as they go over their triumphs on the blacktop in the 1940s and '50s.

Stickball reigned supreme in the boroughs back then, developing a reputation as "the poor man's baseball" as novelist Avery Corman called it in the Times. And it wasn't just limited to kids playing in the street either. Certified New York Baseball Legend Willie Mays credited the stickball games he played on 155th Street in Harlem with teaching him how to hit a curveball. "Guys would bounce the ball to you, and you'd have to hit it, and sometimes it would bounce this way, that way. That's a breaking ball. I could hit anything that moved—the change-up, breaking ball, curveball."

Cusato explained to Gothamist that while everyone he filmed didn't play each other, they were telling actual stories from their youth. "The stories that they told me about growing up" playing stickball in their neighborhoods and in Coney Island were then turned into an overarching plot.

"My father and my uncles and his cousins growing up in Brooklyn, they always talked about playing stickball in the streets. The stories they told were like the stuff of legends. Playing stickball back then was everything to them," Cusato said, explaining the inspiration for the documentary.

To Cusato, keeping the memory of the game alive is important because "like Junior's cheesecake or the Statue of Liberty, it's a New York staple. In every neighborhood, in every borough, people played stickball, and it played an important role in their adulthood, teaching them how to be men, to navigate through losing and winning."

Corman blamed the explosion of car ownership for the sport's declining popularity in the street, but like with so many facets of old New York, Cusato sees gentrification as one of the primary reasons behind the decline of stickball-playing youth clogging the streets. However, he also thinks that the prevalence of computers and social media has put a dent in the amount of kids you see playing any sports at all, much less stickball, or even just hanging out on stoops while people play sports in the street. 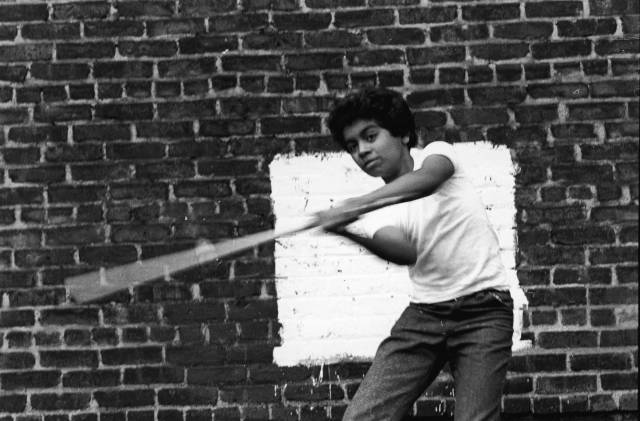 He also suggested the environment is a little less welcoming to street antics, from kids or adults. "I remember at a barbecue when I was in my 30s, me and and some friends went to go play a game in the street, and five or six people came outside and were shouting 'What are you doing, you're gonna damage my car,' stuff like that.'"

The film, and especially the Stickball Hall of Fame Day that the Cyclones have started to do, are essential to keeping the tradition alive, according to Caruso. In the Hall of Fame game, Broomstick swingers from Caruso's film will be repping Brooklyn at the game, facing off against a team of sluggers from Staten Island, and Cusato's movie will be shown on MCU Park's big screen.

Cusato is under no illusion that the streets of Brooklyn or Manhattan or Queens could one day be full of kids banging around a rubber ball, if only because "there's so much for kids to do these days," but he does think that with the right presentation of stickball, a summer league of sorts could take hold around the city.

"It's just a fun sport; after all, it's so simple," he told Gothamist. "All you need is a rubber ball and a broomstick."

#brooklyn cyclones
#jay cusato
#stickball
#when broomsticks were king
#original
Do you know the scoop? Comment below or Send us a Tip