The Real World in Downtown Brooklyn? 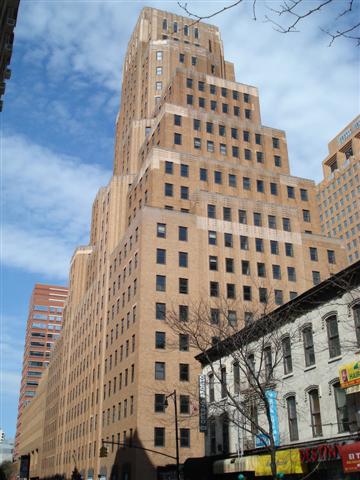 What part of Brooklyn will MTV's newest seven strangers inhabit when their show "The Real World” moves in this summer? The Brooklyn Paper reports that they may move into the BellTel Lofts (pictured) located Downtown...and decidedly "unhip." Allegedly MTV has scouted the penthouse units at the Bridge Street building, which is still under construction.

Executive Producer Jim Johnston confirmed that he has looked at the building, though he would not say if a lease has been signed.

“We [do] want to be close to Manhattan,” he said, but rattled off other areas he has explored, including Greenpoint, Williamsburg, DUMBO, Park Slope, Cobble Hill, Carroll Gardens, Brooklyn Heights, Red Hook, and Coney Island (so much for “close to Manhattan”).

When asked why the network chose Brooklyn for the latest season, he noted the borough's "cachet and vibrancy," adding that its most attractive feature is its popularity, saying, "it seems like everybody is talking about Brooklyn right now." Quick, everyone talk about Hoboken.

Filming for the series will likely start in July, not giving MTV (who usually take two months to get the house ready) much time to find the perfect pad.

Photo of BellTel via 110 Livingston.

#BellTel Lofts
#brooklyn
#downtown
#mtv
#reality tv
#television
#the real world
#tv
#Willoughby Street
Do you know the scoop? Comment below or Send us a Tip
A new Gothamist is coming! We’ve moved comments over to our beta site. Click here to join the conversation and get a preview of our new website.