The Real World in Downtown Brooklyn this Summer 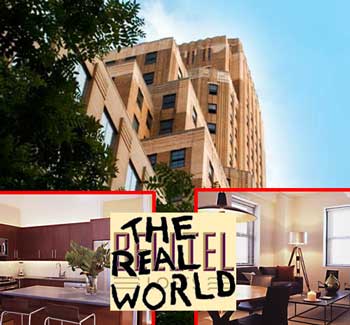 Breathe a sigh of relief Carroll Gardens, The Real World's newest seven strangers won't be moving in to your neighborhood after all -- the original report of the cast heading to Downtown Brooklyn is now confirmed.

Their keys will open the door to a 6,000-square-foot, two-story penthouse in the BellTel Lofts (video); and while that's a lot of square-footage for a New York abode, it's still the smallest home in Real World history. The loft "includes two terraces, five bedrooms and 10-foot windows. A Jacuzzi and other amenities are also on the way." The show looked at 24 other residences before signing the lease on the $6 million digs.

The owner of the building assures The Daily News that "there are safeguards in place to make sure the reality show's stable of rowdies don't irritate the 100 families who call Belltel home in real life" -- for instance, the show signed a contract saying they would not film in the common areas.

The Real World began its series in New York (recap of the first season here), and has since been back one more time. This will be the show's first time in Brooklyn, and interestingly enough, Kevin Powell (who was in the first season) is running for Congress in the 10th District, which includes the BellTel Lofts. Cameo!

The NY Times visited the area last week, and locals told them the cast "could get mugged out here.”

#BellTel Lofts
#downtown Brooklyn
#reality tv
#television
#the real world
#tv
Do you know the scoop? Comment below or Send us a Tip