The Real World Gets Drunk, Makes Out, Slams Hipsters 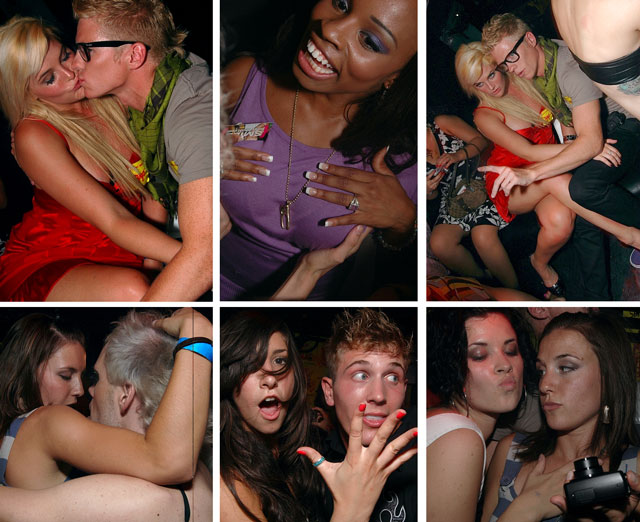 Photos of the Real World cast and others by Nate "Igor" Smith/Driven By Boredom.

A reader writes in that the new Real World cast showed up at a Fashion Week party and (surprise, surprise?) got drunk and tried to make out with people. But wait! She tells us, "the Mormon Real World-er who is ENGAGED, Chet, tried to makeout with stunning Whitney Top Model Thompson!" Most likely his Mormon fiance isn't checking out New York party photos...but she'll be finding out when it all airs on television (they always do). Meanwhile, NYMag points to a quote from Chet, who was allegedly drinking Shirley Temples, in which he addresses hipsters.

“When we go to Williamsburg we get harassed. The hipsters throw things at us and say ‘Why are you here? Go home! Ten years ago none of them were there either…Why are the hipsters so small-minded?”

This is making it so difficult to choose sides. Hipsters or Real World-ers? It's lose-lose...except for MTV, who will most likely parlay this grudge match into a new challenge-based reality show.

#Chet
#hipsters
#party
#the real world
Do you know the scoop? Comment below or Send us a Tip