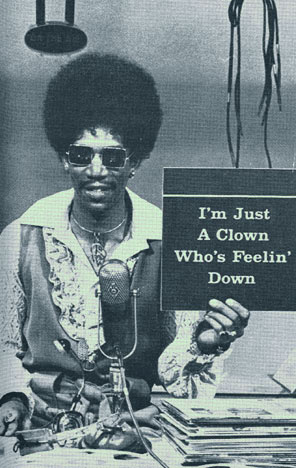 Residents of Washington Heights and the Lower East Side may be noticing some production crews in their 'nabe this week, as filming begins for the redux of PBS's The Electric Company, which ended its series in 1977.

The NY Times reports that the the show will be "refitted for the age of hip-hop and informed by decades of further educational research on reading." In addition, it will reportedly be accompanied by interactive online elements and community outreach projects. The weekly program, scheduled to hit small screens in January 2009, also promises to be "more danceable"! Not much else will be changing, though:

Sesame Workshop, the nonprofit media corporation formerly known as the Children’s Television Workshop, will once again produce. As before, when the show began in 1971, it is still directed at viewers 6 to 9 years old.

A cameo has been offered to Rita Moreno, a regular on the original “Electric Company,” remembered for her show-opening exultation, “Hey, you guyyyyys!”

In keeping with the original show’s ties to theater (many in the cast, like Morgan Freeman, had stage backgrounds), the new head writer is a Tony-Award-nominated playwright and lyricist, Willie Reale, with experience in children’s theater.

The show may make you wish you were 6-years-old again; Reale describes a big city natural-foods diner that serves as the headquarters to the Electric Company where four semi-superheroes inside have pledged to eat healthy, practice portion control and, of course, do good. They're up against The Pranksters, described as “neighborhood kids who cause chaos.”

Announcements were nostalgia-filled this week, as reports came in that Fraggle Rock would also be returning. Variety noted that the Weinstein Company will turn the series into a live-action musical feature; Ahmet Zappa is set to executive produce.

Pictured: Morgan Freeman as Easy Reader in The Electric Company.