Miracle On 34th Street Was Actually A Summer Movie

Spotted this morning on a stoop in Brooklyn. (Jen Carlson/Gothamist)

If you observe the 12 days of Christmas, then the holiday isn't over until today, with the Feast of the Epiphany tomorrow, January 6th. And then that's it, no more Christmas until September, when it inevitably starts creeping into our storefronts again. So let's close out these 12 days with a fun Christmas fact: in 1947, one of the most classic Christmas movies ever was released... in May. Which is pretty much the furthest you can get away from Actual Christmas throughout the year.

20th Century Fox Studio head Darryl F. Zanuck wanted all eyes on Miracle on 34th Street, and pushed it on to big screens on May 2nd of that year, though it didn't get its NYC premier (at the Roxy Theatre) until June 4th, when temperatures hit 76°. Zanuck believed that more people went to the movie theater in summertime, when it was hot outside. But who wants to see a Christmas movie in May? No worries, Zanuck & Co. disguised it as a non-seasonal flick.

The studio rushed to promote it while keeping its Christmas setting a secret. Fox's promotional trailer depicted a fictional producer roaming the studio backlot and encountering such stars as Rex Harrison, Anne Baxter, Peggy Ann Garner, and Dick Haymes extolling the virtues of the film. In addition, the movie posters prominently featured O'Hara and Payne, with Gwenn's character kept in the background.

While there was no Twitter to quickly spoil things for audiences, by the time reviews hit in June the jig was up.

Here's the pre-release promo poster, alongside an ad touting the hot-weather: 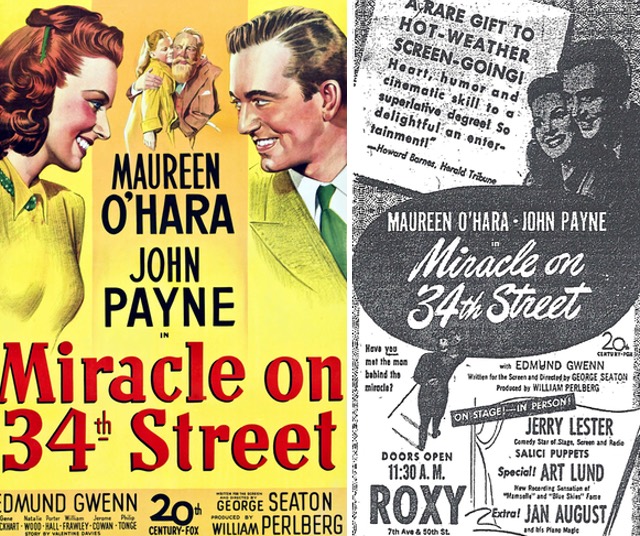 Some more fun facts about the film:

In June of 1947, the NY Times reported that there were complaints about the ads—"In the smaller ads for this picture no mention has been made at all of Edmund Gwenn, who only happens to play the principal role. In the larger ads, the fine actor is only credited in supporting cast. Yet, by that outrageous "star system," which is basic in movie ballyhoo, John Payne and Maureen O'Hara get large top-billing... They, in their dazzling star fashion, fill the secondary romantic roles." 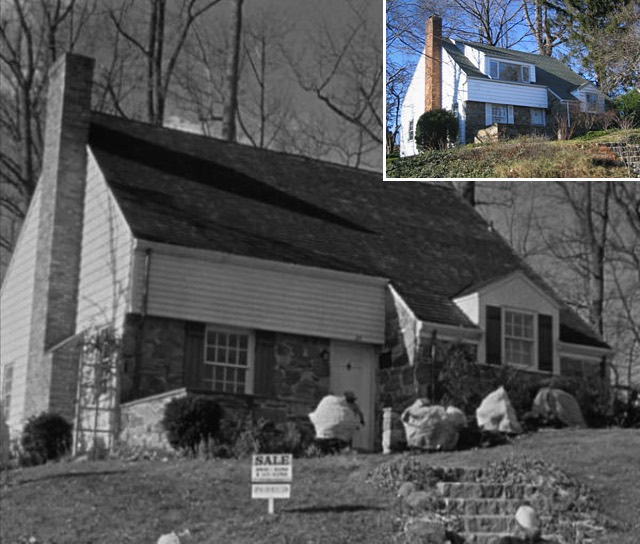 #christmas
#flashback
#miracle on 34th street
#original
Do you know the scoop? Comment below or Send us a Tip