Prior to the start of every season, Matthew Weiner releases the world's most vague poster for Mad Men. Looking back (below) we have a study in sidelong glances, and Weiner has only strayed from his traditional style once, with last year's Milton Glaser color explosion.

Previously, these posters told us nothing.

Now with the final seven episodes on the way (April 5th!), the final poster has been released. It shows Don Draper, bringing sidelong back: 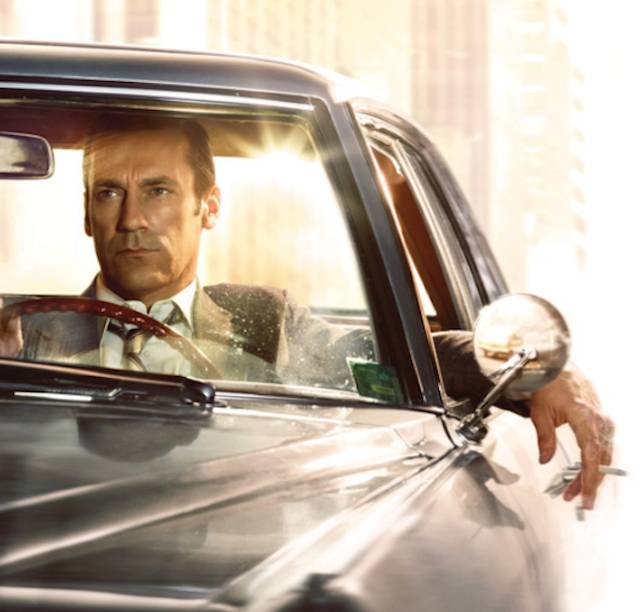 Vulture talked to Weiner about the image, and told them, “It’s designed to tell you that Don is going somewhere. He could be going to work, he could be going away from work. But there is a feeling of, I hope, a little bit of a desperate drive. We see him in his car, and we see that he’s alone, and I think you just have to basically feel that there’s going to be a sense of motion.” This is really not a whole lot different from where Don has been at the start, middle, and end of every season.

Before you try to peg a year to his car (like many have with the teaser trailer song), Weiner also revealed that Don is driving a Cadillac Coup de Ville, a late model with the silver and red interior. This is the same car he's had since (at least) the end of season six, when he brings his kids to the home he grew up in.

#final season
#mad men
#matthew weiner
#poster
Do you know the scoop? Comment below or Send us a Tip
A new Gothamist is coming! We’ve moved comments over to our beta site. Click here to join the conversation and get a preview of our new website.