Last year we had some fun diving into the historical references mentioned on Mad Men, and we'll be doing the same this year. This morning we revisited what was happening in the world in 1968, and what NYC looked like during that year (which is the current year on the show). Below, we look at a few of the real life things we see in the premiere: 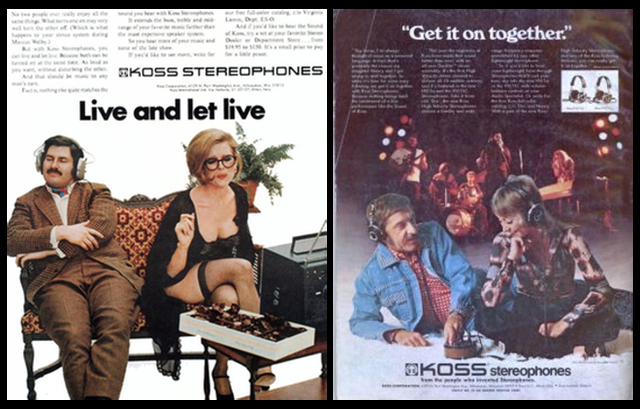 This is the ad campaign Peggy is working on, which will run during the 1968 Super Bowl. Peggy's slogan reads: "Lend me your ears," but needs to be changed after a comedian on The Tonight Show draws attention to U.S. soldiers wearing necklaces featuring the ears of the enemy in Vietnam. Peggy asks, "Who is this guy... the comedian?" And is told, "We're finding that out." But the comedian's name never gets mentioned.

Bill Geerhart believed it was Milt Kamen, who appeared on an episode guest hosted by Phyllis Diller on December 22nd, 1967. However, Matthew Weiner says it didn't happen in real life: "I hope it's not disappointing to people. This is based on reality but the scenario is not real. The court martial really happened and there really was this event. And there were quite a few instances of comedians talking about the war on The Tonight Show and clients being very upset." 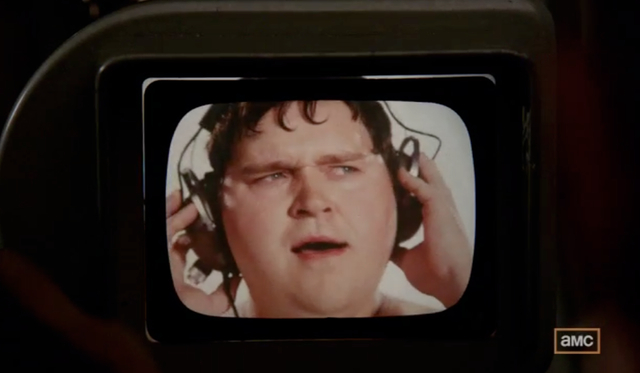 The campaign Peggy would have been working on was for Koss's new headphones, that would be introduced in 1968 for their electrostatic headphones "that replaced the original paper-cone speakers with plates in each earphone that vibrated air molecules to create a higher fidelity sound." She went with the above reel, sans music, and a slogan of: "Koss Headphones: Sounds so sharp and clear, you can actually see it."

(And today, Koss has been having fun with the appearance on the show.) 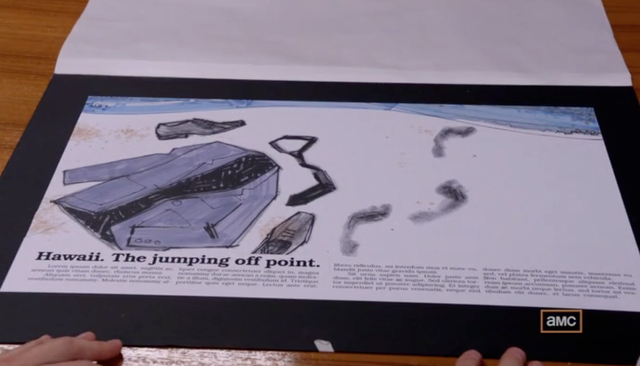 Megan and Don stay at the Royal Hawaiian Hotel, a hot spot in 1960s Waikiki, and one of Don's clients. Weiner says of the on location shoot: "Diamond Head is a sacred spot, so we didn't have to do much painting of things out. Everything in that view back then is still in that view. But yes, Waikiki behind them looked a bit different, so we didn't see it."

In the episode, Don meets a GI from Vietnam while there. In real life "troops in Vietnam would listen to 'Concert By The Sea' which was a radio program on the Armed Forces Network. Broadcasting the sounds of home, troops would hear about the beautiful beaches of Hawaii and visit them while on R&R."

On the show, the Royal Hawaiian crew don't go for Don's campaign pitch, which strikes them as suicidal. 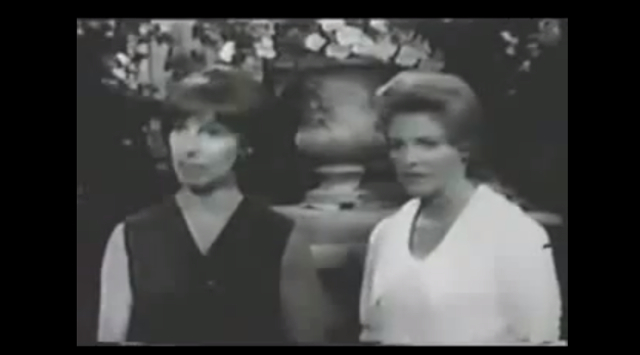 Megan is enjoying some small part of the spotlight as "Corrine" the maid, on a soap opera called To Have And To Hold. Soaps had been around for decades by this point, starting out as radio dramas, and by the early 1970s had mostly transitioned to television. The show is fictional, but could be a One Life To Live, which premiered in 1968 (here's an old clip) and also featured a character named Victor (as does Megan's soap). 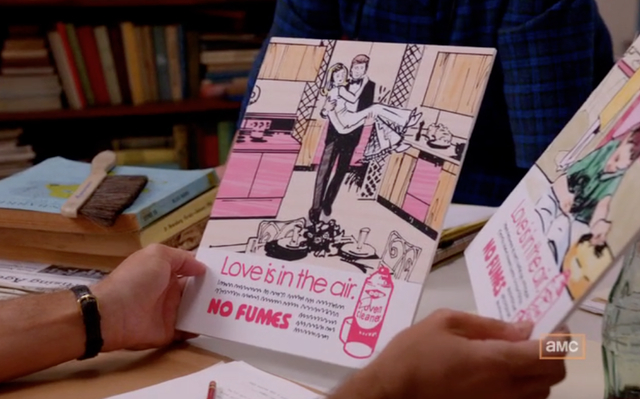 Going over a campaign pitch for Dow oven cleaner, Don gets fed up at the recent branding of "love," saying: "As much as I'd like to join all the ads making fun of the ubiquitous San Francisco hippie, let's try to trade on the word 'love' as something substantial. Why are we contributing to the trivialization of the word? It doesn't belong in the kitchen. We're wearing it out. Let's leave it where we want it. We want that electric jolt to the body, we want eros. It's a drug, it's not domestic." (Update: San Francisco reacts!)

MISC. The Bowery Boys always do an amazing job of digging up real life facts that coincide with Mad Men, and note that another of Don's clients, Leica, debuted their Leicaflex camers in US in 1960s. This is most likely what Don is giving Dr. Rosen in his office. They also point out that the "St Mark's Place squatters resided next to jazz and psychedelic hot spots like the Electric Circus in 1960s." The Grateful Dead and Velvet Underground were amongst the bands to play there during that decade.

#mad men
#mad men history
#tv
#original
Do you know the scoop? Comment below or Send us a Tip