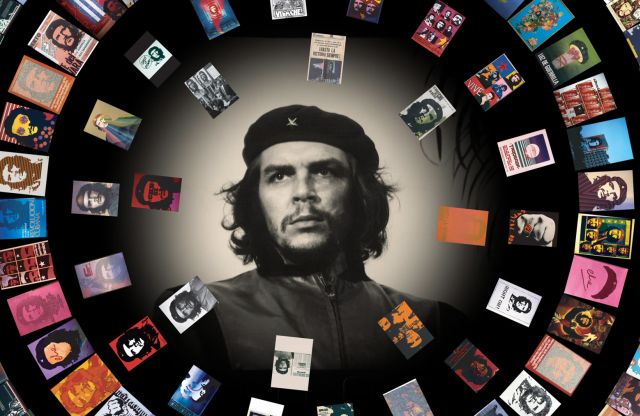 Using a Leica M2 with a 90mm lens, Cuban photographer Alberto “Korda” Díaz snapped the iconic photograph of Ernesto “Che” Guevara during a mass funeral for the victims of a mysterious series of explosions in Havana harbor that killed at least 75 people 1960. The service was held the day after the tragedy, and Korda, who was Castro’s official photographer at the time, managed two photos of Guevara as he briefly stepped onstage to look out at the mourners. Korda later said that Che’s countenance was one of “absolute implacability, anger, and pain.”

A new documentary, Chevolution, provides an absorbing and thorough study of Korda, his photograph, and its eventual devolution into a ubiquitous fashion accessory. Directors Trisha Ziff and Luis Lopez go to Cuba to talk to Korda’s surviving friends and his daughter, who spends her days suing corporations who use the image for advertising. Korda never received any royalties from the photo but he did successfully sue Smirnoff in the ‘90s for using the image. He donated the $50,000 settlement to the Cuban healthcare system, saying:

I am not averse to its reproduction by those who wish to propagate his memory and the cause of social justice throughout the world, but I am categorically against the exploitation of Che's image for the promotion of products such as alcohol, or for any purpose that denigrates the reputation of Che.

Chevolution artfully balances arresting archival footage with contemporary interviews with historians, artists like Shephard Fairey, and even Che-loathing Cuban refugees, turning what could have been a knee-jerk exercise into a wide-angle analysis of how a revolutionary figure became a universal logo. One of the film’s most interesting revelations is that for seven years Korda’s image went nowhere, displayed only on the wall of his studio, until he gave two prints to Italian publisher Giangiacomo Feltrinelli, who widely disseminated it throughout Europe on posters. That was the ‘60s for you; were the photo taken today, it would probably be a YouTube meme in minutes.

Chevolution is screening as part of the Tribeca Film Festival; showtimes here.