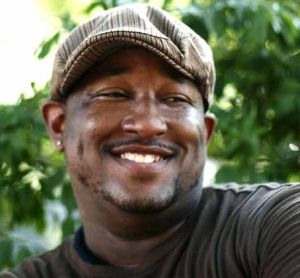 More than just a funny comedian, Elon James White (myspace) is becoming a notable force for his efforts to introduce new audiences to the sometimes overlooked diversity of talent within the world of black comedians. In other words, there’s more to black comedy than you might think by watching Def Comedy Jam. By creating The Black Comedy Project with comedian Baron Vaughn, White has helped cultivate an expanding community of artists who might be classified as Black-Alt comedians, for lack of a better term. At the end of the month, White will gather some of most innovative performers in New York for the first ever Black Comedy Experiment festival, which runs from February 28th to March 1st. The three day marathon (it’s a leap year) features an intriguing lineup of stand up, sketch comedy and solo shows, all gathered under one roof at the The Tank (Collective: Unconscious) in Tribeca. Tickets.

What are some of the more subtle racist tendencies or behavior that you’ve noticed in Americans today? Oh, the BEST is Alcoholic Racism. That's when my various white friends say racist things without knowing they're racist. I was at a wedding and they were playing Journey and one guy comes up to me and was like "Bet you didn't think you'd be somewhere listening to this huh? Don't they have a REMIX or something?"

Because we black people LOVE our Remixes.

I'm not saying other races don't do it. But normally non-white racism is always something awesome about us. This Asian guy saw a group of friends and I and just started yelling "Why are you guys just standing there, you're black! All these women want--er--YOU KNOW. COME ON MAN YOU'RE BLACK!" Which is equally racist as the first comment, but acceptable. Black people don't suffer from Alcoholic racism. We've come to terms with our racism and live with it. We just let it out when it comes. No build up for us!

Are there any topics you consider off-limits in with your act? No. Off-Limits means that you're actually putting limits on yourself. If I have thoughts about it, I'll write a joke about it.
Your website is Elon James is Not White. Does race influence your work more than a white comedian’s ethnicity influences his or her work? Well the website was named that simply because I have a Hebrew first name and the last name White. I used to go on job interviews and just confuse the the hell out of the employer. "Um...Elon White? Are you sure?"

As for my race affecting my act, it probably does. My race affects my daily interaction with most people. It’s why race humor is so funny. Its’ a constant tension that's almost always around. One time my co-worker said she had to come up with a nickname for me. I told her why not just "Minority #1" (I was a bit 'exotic' there) and she laughed for 10 minutes. It's something that you're not supposed to talk about but everyone knows it. I used to shy away from race humor until after every show I'd hear "I didn't expect that from a black comic" Even if I didn't point it out, its there. Every word I say is laced with racial innuendo. Like watch this. "Bread-stick" See. You know what you were thinking. Come on. Admit it. Now watch this. "Black Cock" See! It's just there all the time.

What is the Black Comedy Experiment festival? There are festivals but not like this. I have an agenda. This isn't just "Get black comedians together and yuk it up." I'm trying to change a misconception. I'm booking acts to specifically dispel the notion that you can just say "black comedian" and know what you're getting. Are there aspects of black comedy that I'm not promoting? Yes, indeed. But that's simply because they don't need promotions. They are the general definition of black comedy. I'm not trying to get rid of the other styles, but create a broader base for people to judge upon. It's like affirmative action for the discriminated styles of Black Comedy.

So what inspired you to organize this? I got into arguments with other comedians. "The reason why black comedy is this way is because there aren't places that allow for growth!" Fine. I'll concede to that idea. But instead of sitting back and continuing the status quo, or praying that there's a way to break through the cracks of the mainstream rooms, I'll open new doors. Make enough of a fuss that people have to go "Well what the heck is he so excited about?" And one day people will laugh at the time when it was popularly misunderstood that black comedians all came in one flavor.

Are you anti-Def Comedy Jam?
No. What I am is anti-ghetto. I'm not for the pure negativity that some comedians base their entire acts on. Def Comedy Jam was great. But it turned into something else. It doesn't seem to promote an even-keeled perspective of black life and thought. But I just saw an episode with Patrice O'Neal and 2 other comedians on that same episode that I thought were great. Kyle Grooms and Roy Wood Jr. were both on and they are what I'm talking about when I say outside the box.

And then there’s the Black Comedy Project. How do we keep from getting that confused with the Black Comedy Experiment? It’s easy to separate the two. One is where we discuss black comedy. The other is where you get to experience it first hand. (Which you SHOULD starting Feb 28th!)

What motivated you to start doing stand up? I'm not sure it was motivation really, as much as it was being yelled at. I used to (and still do) hang out a little Jamaican restaurant called "The Islands" in Brooklyn where I would tell stories of my work & love trials and tribulations. People would order take out and then stand there. One of the owners asked "Did we forget something?" and they were like "No, I want to hear the rest of the story. One day a particular customer literally started to berate me about doing comedy. (Thanks Haywood!) I said I wasn't sure and he basically called me stupid and content to live life as a corporate cog and hoped that I liked my potential wasted. I started stand-up shortly after.

Who are some of big name comedians who’ve inspired you? I'm generic with my influences. Cosby, Pryor, Chappelle. Dennis Wolfberg was amazing. Hedberg? Awesome. I was a big fan of Ellen and Margaret Cho.

When people become aware that you do comedy, do they sometimes try to be funny around you? If so, can you recall a time when that’s gone horribly, awkwardly wrong? Not so much trying to be funny, as much as they then believe I'm onstage at all time. My jokes become rated. Like "I don't know about that one funny guy! Maybe you should try again, hardy har har!" Please. Shut up. I'm not looking for your approval random person I met at a party who know feels a need to test me. Seriously. I may cut you.

A video on your Myspace site deals with regret at having left “corporate”. Is that based on your own experience? Please share. Ah yes. I'm a corporate I.T. guy by trade. So I had to change things for the Art. Making time to be a stand-up sometimes means making time to eat ramen noodles.

What do you envision 2008 having in store for you? I'm hoping for a spectacular Black Comedy Experiment (seriously, go to that. I may have cookies for people if they do). If that goes well I can take the rest of the year off.

Where are you from originally? Brooklyn, NY. Bed-Stuy actually. It was all 'hood, all the time. It wasn't quite the "Everyone Loves Chris" Bed-Stuy. It was more the "Hey, that New Jack City movie seems to be copying the neighborhood- oh shit, DUCK!" Bed-Stuy. I find that people assume I'm from the suburbs and am coming from the "Educated Black Man" standpoint, which couldn't be farther from reality. I'm coming from the "Raised in the hood, father in prison, mom raised me single-handed to the sound of gunshots every night" stand point.

Where do you reside now? Still Bed-Stuy. Or as my real-estate guy says "Clinton Hills" But I'm from Bed-Stuy so I recognize bullshit. The neighborhood has changed soooo much. We have a specialty store called "CHOICE" and on a Saturday morning there are so many skinny depressed looking white kids in weird clothes you'd think you were in SoHo.

If you could change one thing about New York what would it be? More Cowbell.

What are some of your favorite bars or restaurants where you love to go and cut loose? In Brooklyn I hang at The Islands; the New York Times wrote a kick ass article about them, best Jamaican restaurant – and top 5 ANY type of restaurant in the city. I also hang at Ripple Bar, and as of late I've been swinging by Safron in the City. (Thats right. Brooklyn folks call Manhattan 'The City')

Favorite place for comedy. Any place with a Mic and people that love and respect the artform.

Please share an experience you’ve had in New York that was particularly weird, surprising or terrifying. You know, an “only in New York!” story. About a month a go I was at a restaurant above the Laurie Beechum theatre over on 42nd. I was doing a show called Snake Oil hosted by this hilarious drag queen group called "The Gender Offenders". We're all sitting at the bar upstairs and in the corner there are 40 priests with this one guy wearing a weird hat who we later found out was the Armenian Pope. These 40 people decided at random times to stand up and break out into song. Behind me at the bar was Ethan Hawke (White guy from Training Day) who my female and Drag queen friends wanted to sex badly. And by the way I'm SITTING WITH DRAG QUEENS. So the combo of singing Armenian Pope, Ethan Hawke and The Gender Offenders kinda had my mind swirling. I was almost positive that I didn't even leave my house that day. I had actually fallen in the shower and was unconscious bleeding and hallucinating it all. Gotta love NYC.

#As
#Baron Vaughn
#Black Comedy Experiment
#collective unconscious
#come on
#comedy
#Elon James White
#If I
#interview
#new york
#project
#racism
#sketch comedy
#stand up
#The Black
#The Tank
#tickets
Do you know the scoop? Send us a Tip