One of today's greatest actresses, the powerhouse Elisabeth Moss, has announced her next project: she will star in and executive produce a new limited series about Typhoid Mary. According to Variety, the show will be based on its namesake, Mary Beth Keane's book Fever, which Moss owns the rights to, and will air on BBC America.

“I look forward to telling this story about one of the most infamous women in America, ‘Typhoid Mary,’ a woman whose true tale has never been told," Moss said. "She was an immigrant in turn of the century New York, a time of huge change and progress in America. She was incredibly unique, stubborn, ambitious and in fierce denial of any wrongdoing until her death where she lived out her days imprisoned on an island just off of the Bronx in NY. She is incredibly complicated, something I seem to enjoy playing.” 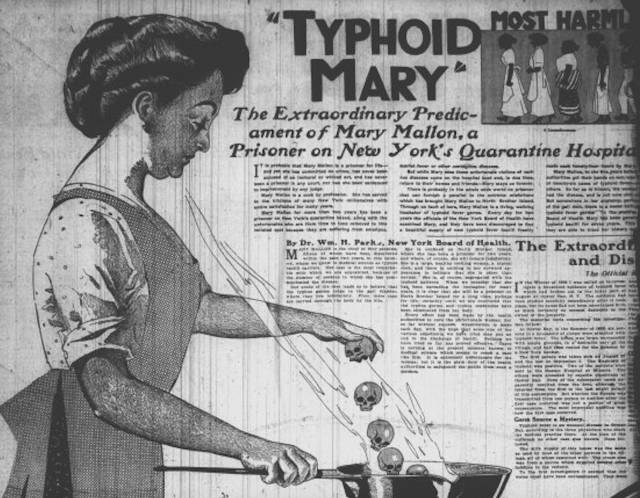 The island Moss refers to is the 20-acre North Brother Island, which has long been abandoned. Last year, the Parks Department announced they were willing to explore the idea of limited public access, for the first time since 1963. Currently the island is home to overgrown bushes of kudzu and poison ivy, as well as crumbling structures from the 20th-century hospital facilities that were there during Typhoid Mary's time. It would likely be logistically challenging to shoot this on location, but we checked with the Parks Department and City Council Member Mark Levine (who has been interested in opening it up to the public) to see if they'd ever consider it. A rep for Parks tells us that the production team has not yet submitted a request to film, "so as yet the answer would be no."

See some of Jacob Riis's photos from North Brother Island in 1890, about 28 years before Typhoid Mary arrived, right here.

#bbc america
#elisabeth moss
#fever
#north brother island
#typhoid mary
Do you know the scoop? Comment below or Send us a Tip