Electric Zoo, the annual EDM festival that's taken over Randall's Island every Labor Day weekend for the last eight years, seems to have really hit its stride. By 5 p.m. yesterday, in the lovely late summer weather, the sprawling venue was packed with enthusiastic crowds, an all-star line-up of DJs on five separate stages dropping the beat for them about 700 million times. 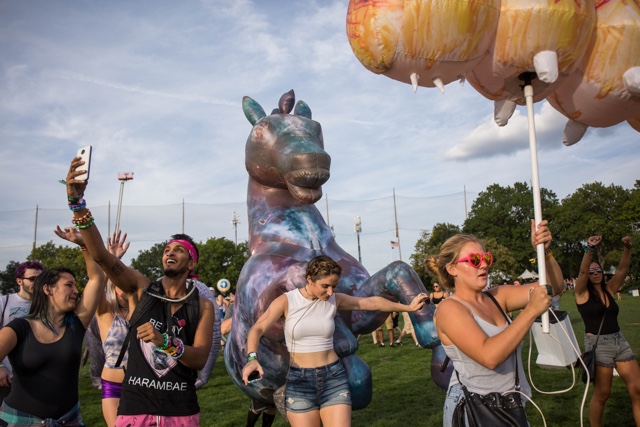 There's also plenty of booze for sale, of course, as well as a pair of free water stations. One station had long lines all day, though the other, tucked back in The Hideaway by the west gate, had no wait. 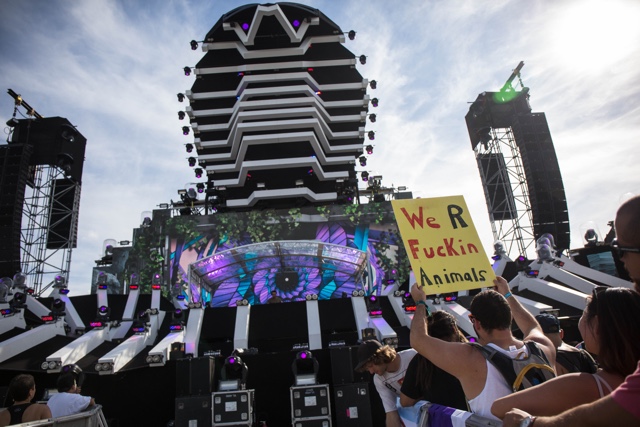 Electric Zoo: Wild Island continues today and, if Hermine shows some love and stays out at sea, on Sunday as well. Note that the Main Stage—the one that looks like a giant cobra—has been pushed far enough back so that the prime viewing and dancing area is on concrete (and, so, won't be muddy). The largest secondary stage, the Hilltop, is under a roof. Obviously most of the grounds will be a mess if it rains all day, but it is doable.

#electric zoo
#randall's island
#original
Do you know the scoop? Comment below or Send us a Tip