MSNBC's PhotoBlog noted this amazing exhibition at Berlin's Morgen Contemporary: A series of undated photographs from the old East German Ministry for State Security—aka the Stasi—shows how spies would dress incognito. Photographer Simon Menner put together the exhibit and says, "These were used during courses on how to dress up and blend into society. They seem pretty absurd now, but it was meant seriously -- this is evil stuff." 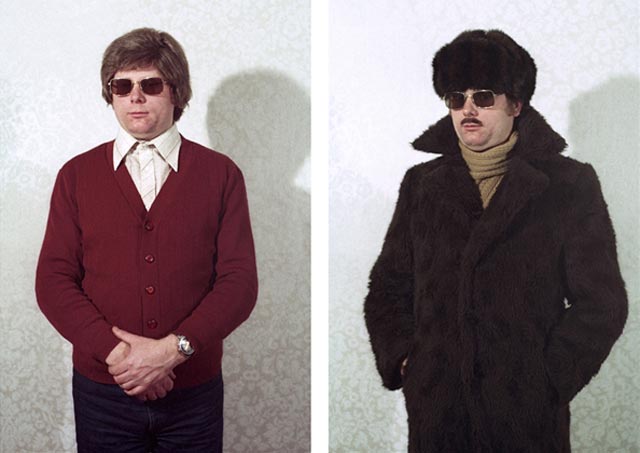 #berlin
#east germany
#hipster
#photograph
#spies
#stasi
Do you know the scoop? Comment below or Send us a Tip
A new Gothamist is coming! We’ve moved comments over to our beta site. Click here to join the conversation and get a preview of our new website.