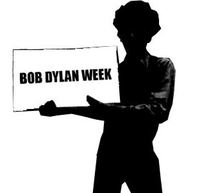 We've taken a look at his New York life through video, songs, and story, and we've traced that story through a walking tour. Now, we'll flip through the NY Times' back pages to highlight 14 vintage articles on Dylan from the 1960s and 1970s.

#bob dylan
#dylan week
#Music
#ny times
#rock
Do you know the scoop? Comment below or Send us a Tip
A new Gothamist is coming! We’ve moved comments over to our beta site. Click here to join the conversation and get a preview of our new website.