Do You Love Lucy? Head To Jamestown, NY

Dive into Gothamist Getaways, where we bring you stories about travel, food, new products and handy tips for making your trips—both near and far—more enjoyable. So kick back, dream about your next journey, and let us know if you have any hints for us—email travel@gothamist.com.

It’s no joke that one of the biggest comedy towns in the country has a population of just 30,000. But Jamestown, New York isn’t your ordinary rust-belt city—it’s a whole lot funnier. Along with a slew of other fun factoids, Jamestown is the birthplace of Lucille Ball, the first lady of television and the woman who redefined comedy for the ages. 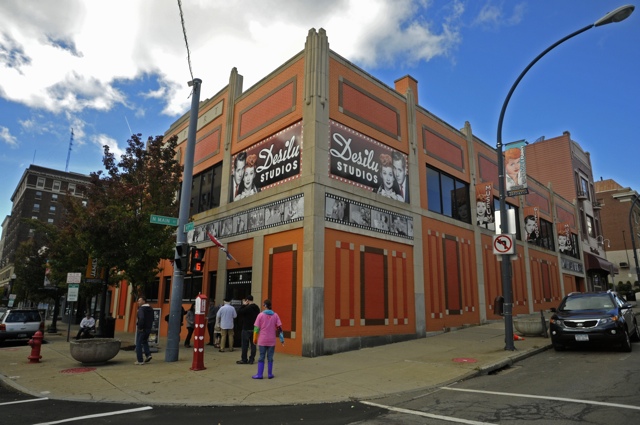 (Courtesy of the Lucy Desi Museum and Center for Comedy)

Her legacy led Jamestown to open the Lucy Desi Museum and Center for Comedy in 1996. Since then, the town has become a hotbed of laughter, hosting one of the biggest U.S. comedy festivals and, next year, opening the new National Comedy Center.

Located about 70 miles south of Buffalo and 100 miles from Niagara Falls, the center sees about 25,000 international visitors a year. They come to check out the museum’s recreated “I Love Lucy” television sets at Desilu Studios, and its authentic costumes, furniture, props, Emmy awards, and other memorabilia. 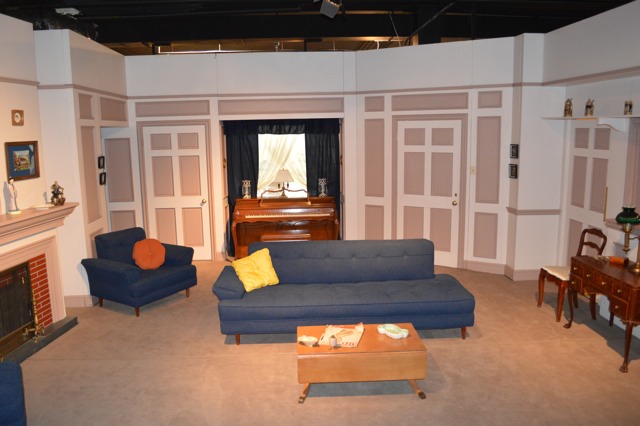 Favorite episodes provoke plenty of laughter, and visitors are invited to get interactive with exhibits like “Lucy Does a TV Commercial,” testing their dialogue skills with the famous “Vitameatavegamin” ad.

Inside the Tropicana Room, stand-up comedians take the stage throughout the year in this recreated Ricky Ricardo Manhattan nightclub. (It’s also rentable for special events.) 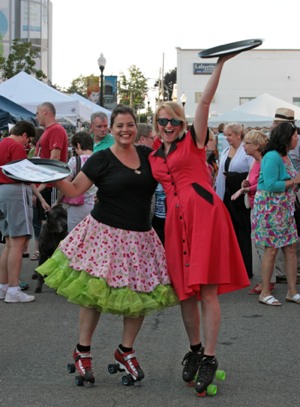 (Courtesy of the Lucy Desi Museum and Center for Comedy)

But the big to-do is the center’s annual summer Lucille Ball Comedy Festival, held this year from July 30 to August 2. True to its reputation, big names will again descend on Jamestown in 2015, including Jerry Seinfeld, Nick Offerman, Melissa Rivers, Kelly Carlin, and more. They join the ranks of comedians like Jay Leno, Ellen DeGeneres, Bob Newhart, Lewis Black, Joan Rivers (RIP), and others who have played the festival in years past. It’s a list that reads like a who’s who of America’s funniest people.

“We say it’s ‘50 events in four days,’” says Steve Neilans, the institution’s marketing and communications coordinator. “It’s one of the biggest events in Jamestown, and every year comedy literally takes over the town.”

While the festival attracts around 15,000 attendees, Neilans expects the 2015 event to be its biggest yet. Along with catching superstar stand-up all day every day, visitors also will have the chance to compete in a chocolate-wrapping contest (à la Lucy’s “Job Switching” episode), join the Desi Arnaz conga workshop, dress up for “I Love Lucy”-style portraits, and take Lucy hometown tours.

Visitors also can try grape stomping inspired by the “Lucy’s Italian Movie” episode. Last year the event set the Guinness World Record for grape stomping, with 1,236 people (including plenty in Lucy-appropriate costumes) dancing on top of 60 tons of grapes stretched across two city blocks. This year is expected to be a far smaller, if still hilarious, affair. 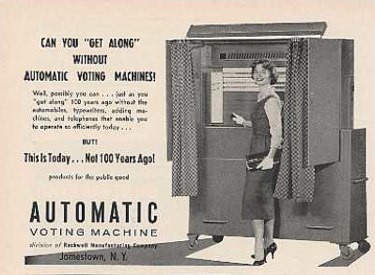 Via Louisiana Secretary of State

This neck of the woods has a hodgepodge of other claims to fame, including being the birthplace of singer Natalie Merchant, NFL Commissioner Roger Goodell, and Supreme Court Justice Robert Jackson. Jamestown is also where the automatic voting machine and crescent wrench were invented, and was once called the “furniture capital of the world” thanks to being an early wooden-furniture factory town with a huge annual exposition through most of the 20th century.

Today the area is home to an impressive wine region, loads of historic architecture and venues, and Jamestown Audubon Nature Center and Sanctuary.

Another quirky bit making news lately is the “scary Lucy” controversy. In the nearby town of Celoron, artist Dave Poulin’s life-size bronze statue of Lucy holding a Vitameatavegamin bottle has been panned since it was erected in 2009. It seems Lucy’s disproportionate facial features and particularly creepy, toothy smile have become a major tourist attraction for all the wrong reasons—spurring the local Facebook campaign "We Love Lucy! Get Rid of This Statue," now with more than 10,000 followers. The statue’s fate is still up in the air (the sculptor has apologized and is offering to fix it for free), so get your photos in while you can. 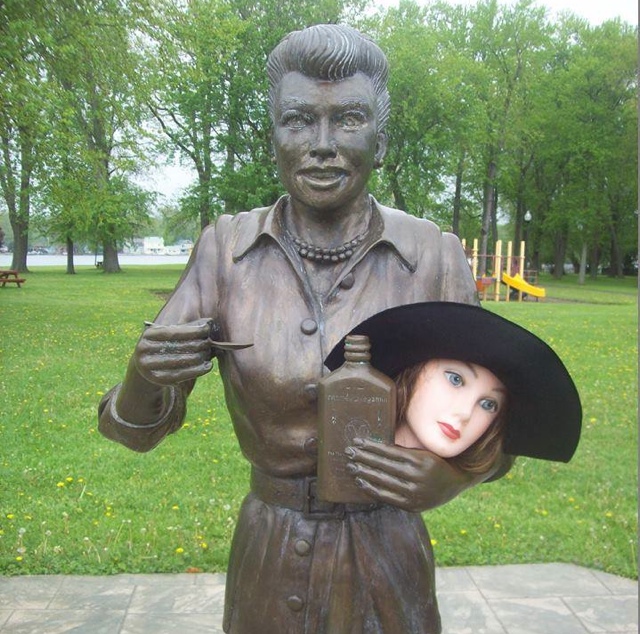 The infamous Lucy statue with a prop (We Love Lucy! Get Rid of this Statue Facebook)

Around Jamestown, stroll along East 3rd Street and Main Street to absorb the local flavor. Duck into Jones Valhalla Restaurant to taste Swedish-inspired dishes, and Forte for a more eclectic American bistro menu as well as sushi. Or just hit the Pub for standard fare and “beef on weck,” western New York’s staple sandwich.

Various other arts and music events take place around Jamestown all summer—check out the city calendar to see what’s ahead.

And don’t forget to view artist Gary Peters’ five Lucy-inspired murals around town, including the world’s largest “I Love Lucy” mural, a portrait from the “California, Here We Come!” episode. At 1,800 square feet, it’s a gorgeous, full-color take that expresses the unending adoration Lucy’s hometown has for one of the funniest ladies in show business.