Diversity Not "In" at Fashion Week 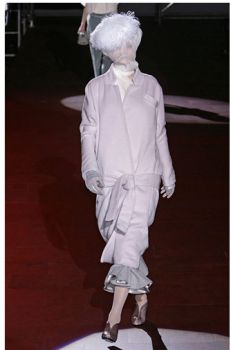 Before the first model walked down the runway, Naomi Campbell spoke out about the lack of minorities at this year's Fashion Week. The Daily News follows up on her initial accusation as the tents emptied out this weekend, saying that "a campaign to promote diversity on the runways during New York's Fashion Week appears to have failed miserably."

"I'm disappointed," supermodel Naomi Campbell told The News when she learned of the findings. "For this to be going on in 2008 is just shocking."

"We are losing the colors in fashion," said supermodel Tyson Beckford, who was seen applauding the rare black model to strut past him at several shows. "Every season, you notice it's starting to get worse. We're not afraid to call them out."

The designers point blame at the modeling agencies, however, saying that they don't send enough models. Michelle Smith, of Milly, said "of the approximately 450 girls we saw on castings from 16 different agencies, only 12 were African-American." Smith did cast one black model but cut her when she gained weight. Reminding us that fashion pretty much always discriminates.