by John Del Signore
Two of the most adventurous creators of contemporary theater, The Wooster Group and New York City Players, have come together to stage three of Eugene O'Neill's rarely-performed one-acts, Bound East for Cardiff (1914), The Long Voyage Home (1917), and The Moon of the Caribbees (1918). In these early "Glencairn" plays, O’Neill draws on his own experience as a merchant seaman and captures the vernacular of sailors from disparate nations, all shipmates on the British tramp steamer Glencairn. Early Plays debuted this week at St. Ann's Warehouse, and the show's run has already been extended an extra week, through March. We recently spoke with the exceptional playwright Richard Maxwell about the collaboration, which he is directing.

You're still in rehearsals? Well, I think it's like a week before we start performances and I'm trying to get some kind of perspective.

What's your perspective now? Right now I think of it as, like, a knotty constellation of different problems that I have to solve, you know? We've been in St. Ann's for a few days, but we spent a lot of time rehearsing at the Performing Garage, and that transfer to a new room involved more than I had anticipated. So it's like logistical things, it's nothing too major. But I'm just trying to get some distance from it all. I think one of the things is to get an audience in here, and to start to see it again. Whenever I'm working on a show it always helps to have fresh ears in front of you, because yours get kind of...they get detuned to the language and the whole experience. 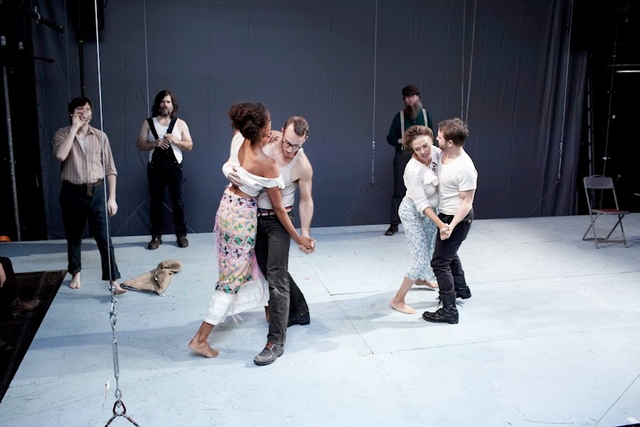 Do your productions tend to change a lot after they open? Not a lot, but it is evolving as I watch it with the audience. I don't have...I don't know what else to base decisions on other than...When I'm writing I base the decisions on what I happen to be feeling at that time, but the final arbiter is always what happens in that room with the audience. So I can't really say that I'm finished with the writing until it's been confirmed by an audience.

These plays are rarely performed. What was it that attracted you to them? Why are you doing this now? Well it wasn't my idea initially. [Wooster Group Artistic Director] Elizabeth LeCompte called me up and said there are these plays that O'Neill wrote, they're one-acts, we've been kicking them around in-house. I'm not sure what to do with them. We've read them and I like them but I feel like you're the guy for the job. So I didn't even know about the plays until Liz told me about.

You'd never read them? No.

Why did she think you were the guy for the job? I think because of the way I work with language. These plays are...they're exotic, really. Sometimes I'm amazed that these are in English, these plays, it's such a heavy vernacular for each of the characters. Almost across the board. There's a Swede, an Irish guy, a Scottish guy, Caribbean characters, and so it's like each one has its flavor to it, in their vernacular. I'm all over that. I feel like if we can put that across to the audience without spinning it, that's going to be pretty exciting. 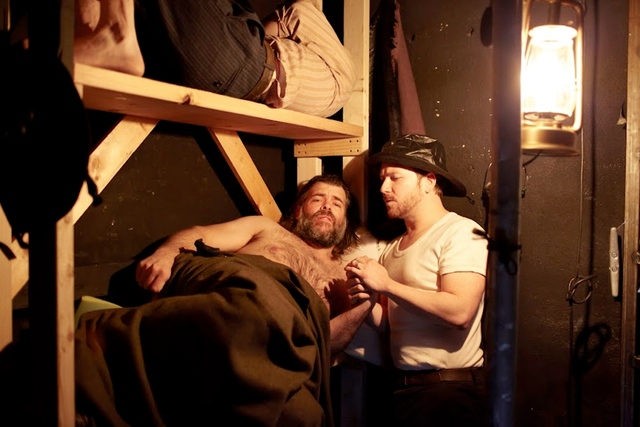 These plays are written in the early 1900s, like 1911, and that's an interesting lens to look at race, ethnicity, and playwriting. It's all in there, and I'd rather give it to the audience in an unadulterated way. There are like 25 characters in these plays sometimes, some of them don't speak, but they're all listed in the beginning. When I first read the plays, I was thinking, how are we going to get this language across? We're a troupe, but we don't have enough to satisfy all the parts, so I was thinking, how are we going to get this across with everyone doing their own idea of what an accent is, and this seemed messy to me, this idea. And then sure enough, when we read through with everyone trying the accents, it just wasn't working. Happily, we found a way to satisfy the requirements of the text without doing accents, and it's dialect. There's a distinction between dialect and accent. If you say the lines as they're written, that's satisfying the dialect without worrying about, well what's the accent going to be. I feel like once we did that, it became easier for us to attack the text. It made it easier for us to get it across in its pure form. I had carte blanche in the beginning.

In the beginning. Liz liked these plays as a launching pad, but it was made clear to me that if I wanted to rewrite them, carrying over the themes, that would be fine. I felt like I had a lot of leeway. I even wrote some stuff that was based on the plays, coming from his maritime themes, and ships and stuff, but in the end it felt like that wasn't working. I wanted to stick with the O'Neill. There were four plays to begin with. Now there are three because I was concerned about the length of the whole evening.

What was the fourth one?In the Zone. It was my least favorite of what are called the Sea Plays, the Glencairn plays. That's the one play that happens during WWI. The other plays take place before WWI. I felt okay letting that go. I don't know if this is interesting or not, but in the summer we took the guts of each play and did away with a lot of the extraneous dialogue to avoid double casting and to find a way to get the stories across with the numbers of people we had. That didn't work. We did a presentation at the end of our three weeks in the summer, and I felt like there was something missing, so I figured, let's start with what was there, let's restore all the dialogue of these plays and it was better but it just ended up being too long. That's why we got rid of In the Zone. 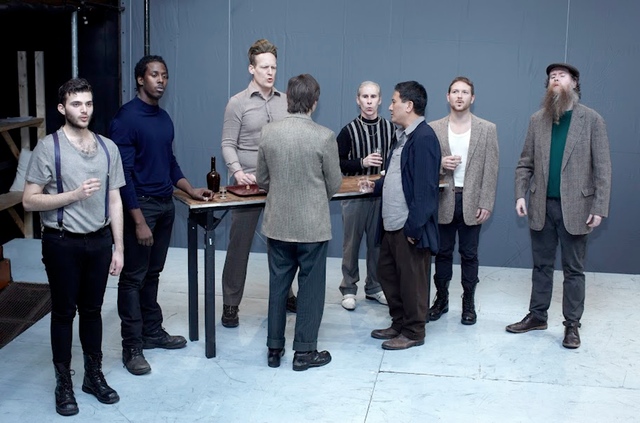 Do you think there's a difference between the way you work with your company and the way the people from the Wooster Group function? Has there been any tension between different approaches? There were some questions in the beginning about how it was going to work. Everyone in the Wooster Group has seen my work, and I was an intern with the Wooster Group back in the day, so I'm certainly familiar with the way they work. For me, there was this question of how it was going to be, but I felt like Liz made it clear from the get go that I was going to call the shots. I could have simply carried over whatever approach I had with my own shows, but I looked at the situation and saw that, you know, there's a luxury at the Performing Garage that I don't have, which is from day one you have all the design elements in play. Lights, sound, even video, and costumes. All that stuff is set in motion from day one. That's not something I'm used to.

I don't know if, I don't sense any tension with the actors from the Wooster Group, as far as what they expect. I think that they watch more movies than I do. Which is interesting because I don't think that you can really say there's a shared aesthetic with what I do and what the Wooster Group does.

Really? I don't think you could, like on the surface. But Liz was saying that she was surprised with how organic it felt for me to be directing these things. I wonder if underneath, there's some kinship there. Maybe it has something to do with specificity, that's what I'm wondering.

Can you elaborate on that? Well my thing is, when I talk to the actors, I say look, once you step up on stage, the audience sees everything that you do, whether it's a monologue or tying a shoe. Therefore, the rules change. It's not like a film where there's some kind of control of what the frame shows. Everything needs to be considered. Everything can be seen, everything needs to be considered. That's why I was trying to satisfy my specificity.

I'd be surprised if Liz didn't feel that. I've seen her work, I've seen her work recently. I've seen those rehearsals. She's always going to go over something that might last nine seconds on stage. She'll run that over and over and over, and there's a phrase that the stage manager uses, she's on the mic and she's announcing, talking, telling us where to take it from. And it's like, "Anyone not ready? Go." I was always impressed with the way that's phrased. It's not like, everyone ready? It's "anyone not ready?" That kind of phrase only comes out of having to repeat something over and over again. And I'm hearing that a lot too, in our rehearsals. Anyone not ready?...Go.