Director Alex Gibney Talks WikiLeaks, Julian Assange, And The US Government's Grip On Its Secrets

Documentary film director Alex Gibney's no stranger to controversial figureheads—he's profiled everyone from Eliot Spitzer to the Enron crew. In his latest film, We Steal Secrets: The Story of WikiLeaks, Gibney takes on Julian Assange, the embattled founder of the now-infamous classified information sharing site. We chatted with Gibney about Assange, whistleblowers, WikiLeaks and the dual dangers and necessity of information-sharing in the age of the Internet.

I noticed that as a viewer, when you start watching the film, you find yourself championing WikiLeaks. But after a while, that opinion can't help but shift. Was that intentional? That was intentional, and I think it also reflected reality. The opinion shifts not of the ideals of WikiLeaks, but of Assange himself, and how he began to change in ways that ultimately reflected the way of behaving in ways that were opposed to the very principles of WikiLeaks.

And Assange's coworkers and followers, the people who helped run WikiLeaks in the beginning, said their opinions of Assange had changed as well. Correct.

What about the free sharing of information? Is WikiLeaks a dangerous tool? There was a lot of discussion about whether or not we're protecting the government or the people by curbing something like WikiLeaks. I think WikiLeaks, and leaks in general, perform a valuable pressure valve when the government tries to keep tremendous secrets, and when they try to keep secrets to hide mistakes, criminality and corruption. Then, it's necessary to have secrets leaked. And of course, the government leaks its own secrets, to try and defend its position. So there's a kind of lost justice that's going on here.

But I think in the context of this story, we've got to keep in mind what Bob Dylan once said, which was, "To live outside the law, you must be honest." The question in the case of WikiLeaks is, is this holding the government to account? And holding WikiLeaks to account, too, to make sure that WikiLeaks also plays by rules that we all agree upon, which is to not allow leaks to cause any harm. It's a little like the physician's pledge, Do No Harm.

And I think that while no harm came to anyone as a result of Bradley Manning's leaks, the fact is that WikiLeaks committed a huge PR gaffe when it was reckless in the case of the Afghan war logs, about not redacting certain names and, I gather, names of sources. That's not just my view now, the fact is that pure transparency doesn't work for anybody. People have to make judgments about what should and should not be secret. Sometimes it's not so simple to make hard and fast rules about that.

Has the rise of the Internet in general, now that we're in the Information Age, intensified the need to create new rules? I think we're in a transitional period in the Internet. The fact of the matter is, there are many aspects of the Internet that hold everybody to greater account, and actually engage the truth in a pretty powerful way. But everybody's got to recognize that the Internet is a mechanism, it's not a truth telling organism. Lies and mistakes can be disseminated on the Internet as quickly as truth. It's incumbent on us to find sources that we trust, to let us know on a busy day what we can likely count on.

Let's talk about Bradley Manning [the US Army Private accused of leaking thousands of classified government documents to WikiLeaks]. The film seemed to focus more on the story of Bradley Manning after a while than the story of Julian Assange. Did Manning develop into a greater focus for you? It did. When I started the film, I thought it was going to be mostly about Julian Assange. As I went forward, and particularly as I read the releases of the chats between Bradley Manning and Adrian Lamo, I became convinced that the heart of the story was being left out of the narrative. And by heart, I mean that—the emotional center of the story.

But also this is the guy—we wouldn't really know about Julian Assange and WikiLeaks, he wouldn't be nearly as famous without Bradley Manning. We talk about the WikiLeaks cables, but WikiLeaks was just a publisher of the cables that were leaked by Bradley Manning, and it's important to remember that. Particularly because Bradley Manning is now the one who's about to go on trial. 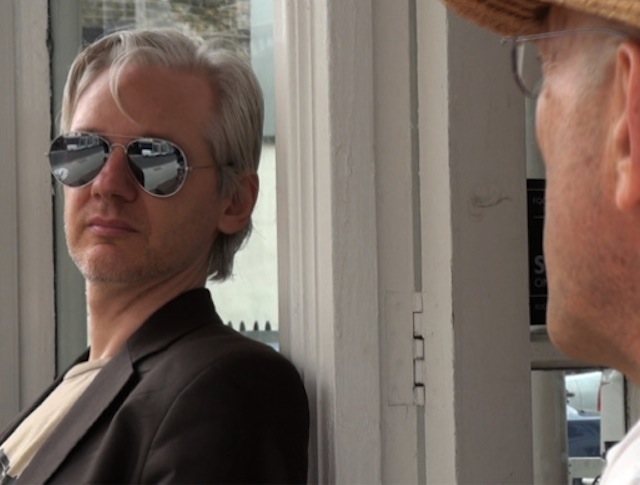 Are the real victims of the Information Age the whistleblowers? The problem is, in the age of the Internet, we're being overwhelmed with information, and we're being overwhelmed with surveillance. We need to find the right balance between the two, and that's really what the film is about. In terms of the whistleblower, the real problem, I think, is government. The government, particularly the US government, is so terrified of leaks that they're prosecuting [whistleblowers] with unprecedented fury and fervor.

For example, Obama referred any number of times to the drone program, and yet in a court proceeding in Washington, I believe, the government maintained that we couldn't even mention the drone program in court because it was classified. Even though President Obama, of course, had referred to it openly. That's where you get into this weird zone when the government likes to sculpt classification for its own purposes in ways that I think frustrate everybody, and also cause reactions like the one we saw in the case of WikiLeaks.

Why do you think Julian Assange was hailed as a hero so early on, and is now being turned into a villain of sorts? I would say he's neither a hero nor a villain, but I think he was held up as a very important figure early on because he was standing up for a more radical transparency in the face of more extreme attempts to keep material that shouldn't be secret, secret. So I think people looked to him as a hero, as an antidote to that problem. Suddenly, here's a guy alone with his laptop, seemingly able to make a difference. And that was tremendously empowering to people. Here's an idea, private citizens can really turn the tide in this regard.

Over time, we're learning that it's important to hold everybody into account, even the people who are holding government and corporations into account. Julian Assange began to behave badly, and irresponsibly, and he seemed to be asking all of us to ignore it because he was supposed to be a good guy. That's what one person in the film, James Ball, a former WikiLeaks employee, called, "noble cause corruption." There couldn't be a better or more accurate term for that. 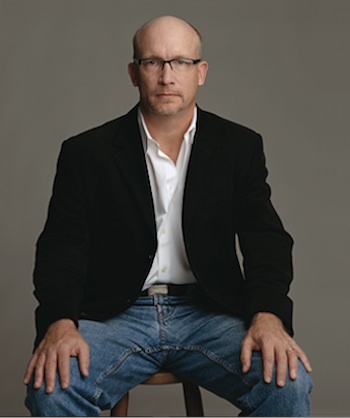 Alex Gibney
What about how Assange became a celebrity? Was he very aware of his own celebrity?

I think so. You can see that in the film. Even in the beginning, he was very aware. Were there good photographs of him? Were there bad photographs? What did they say in this paper? What did they say in that paper? You can imagine Julian Assange is a guy who Googled himself 50 times a day. I think it started because he wanted that attention, and also it was useful for WikiLeaks to get that kind of attention, because it became more popular and more famous than it would have been otherwise. The problem is that over time, Assange began to believe that there was no difference between the transparency agenda and the individual Julian Assange. So if Julian Assange got in trouble in Sweden for sex allegations, that was a problem for the transparency agenda, too.

He conflated the two in a way that ultimately became damaging. In a way, what this story is about is about human beings who have flaws and try to do important things. And the danger when people try to make their flaws a part of the larger principles that they espouse, as if we're supposed to embrace and endorse their flaws as part of same larger principle, rather than finding a way to acknowledge them and separate them out.

Do you believe that sites like WikiLeaks, and other ways of exposing the government will be more prevalent in the future? I think they will have to be. What's happening, particularly with the US government, is the government seems to be criminalizing leaks and criminalizing journalism in some way. It's very interesting that a WikiLeaks-like electronic dropbox has been started by the New Yorker, that was designed by the Internet activist Aaron Swartz. So that's an interesting response to the government's very heavy-handed maneuvers, including the recent revelations about spying on the Associated Press. I think the great thing about the Internet age is that the governments become more powerful, so citizens with their computers become more powerful also. There will be more push back, and there will be more need for WikiLeaks-like sites in the future.

And there was an interesting tension in the film between WikiLeaks and journalists—the NY Times used WikiLeaks to publish the Afghan war logs, and ended up backstabbing Assange, in a way. I don't see WikiLeaks as a journalistic organization, I see it as a publisher. But I also think that the NY Times did not behave well in this instance. They went overboard to try to villify Assange personally, even though they profited greatly from the WikiLeaks releases. They published a lot of those war logs and cables. They tried to position themselves in a way to call Assange a source, and I think that's an improper classification. He's not really a source. He's some kind of intermediary between journalists and sources. Though despite [then-NY Times editor] Bill Keller's animousity towards Julian Assange, I do know there was a symposium held with him and Alan Rusbridger, editor of the Guardian, and they said that if the New York government was to go after WikiLeaks for publishing documents, they would stand shoulder to shoulder with WikiLeaks. They should say that a little more loudly, but I do think that was an important principle that they espoused.

We haven't heard much from Julian Assange recently. Do you think he's got more in store for us, or has he been shuttered up for the time being? Well, he imprisoned himself in the Ecuadorian Embassy [in London]. So he's been somewhat marginalized, but he still has a big bully pulpit. A lot of people go visit him, and they come back and write articles. He still has a forum and a following. And his lawyers are terribly concerned he's going to be indicted by the US government, because there still is a grand jury investigation into WikiLeaks. Perhaps that's why he's been lying low for the moment. But he comes out and makes a Evita-like appearance on the balcony of the Ecuadorian Embassy. He's still very present. And he has his computer.

We Steal Secrets: The Story of WikiLeaks opened Friday at the Film Society of Lincoln Center.

#alex gibney
#interview
#julian assange
#wikileaks
#original
Do you know the scoop? Comment below or Send us a Tip