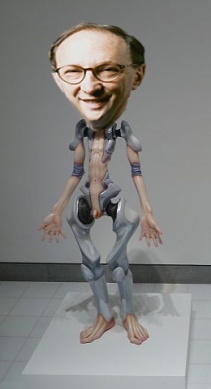 Brooklyn community groups opposed to the Atlantic Yards project are outraged developer Bruce Ratner will be honored tonight at a gala at the Brooklyn Museum. Ratner's Forest City Foundation gave $100,000 to the museum in ’05 and again in ’06; now the museum's is giving him their highest honor, the Augustus Graham Medal. Brooklyn resident Michael White is organizing a protest, and tells the Daily News, "A museum should be a good neighbor to its community. You cannot be a good neighbor by promoting the activities of someone who is a bad neighbor."

Tonight’s gala, which coincides with the museum’s high-profile Takashi Murakami retrospective, will feature a performance by Kanye West. (Murakami did the cover for West’s album Graduation.) It’s unclear if Jay-Z, the Ratner supporter and part-owner of the Nets, will be on hand, but protesters will definitely be there. And you can bet Murakami will be trailed by at least two hair stylists tonight, like he was at yesterday’s press preview.

But the belle of the ball may well be Marc Jacobs, who has opened a Murakami-designed Louis Vuitton store inside the exhibit. Jacobs is planning a mysterious “one-night-only Louis Vuitton performance in support of the protection of intellectual property” at tonight’s gala. “The performance is an unprecedented and daring way to bring attention to the serious issue of counterfeiting and our global responsibility to protect artists and designers' creativity and creations.” That sounds amazing – anyone going to the gala need some arm candy?

Some revenue from the Murakami exhibit store will be donated to the Federal Enforcement Homeland Security Foundation. The non-profit corporation awards money to families of federal law enforcement agents and officers who are seriously injured or killed on duty; the foundation also supports education outreach programs to teach young people about law enforcement and “make the police and the feds seem ‘cool’ to kids.”