Dekalb Stop Gets a Bathroom in Glasgow 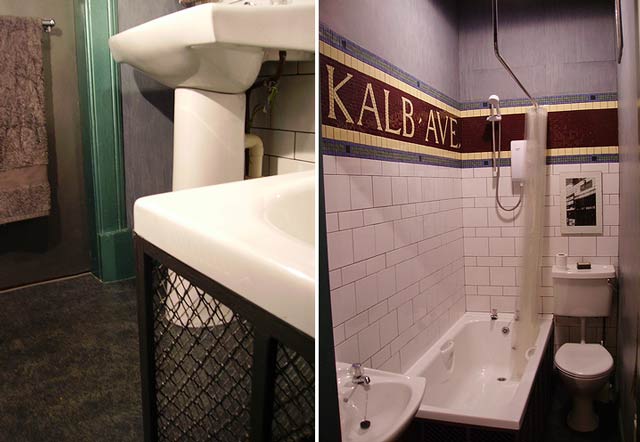 Sure, we're all familiar with subway tiles, but would you ever go so far as to recreate the Dekalb subway stop in your bathroom? One Glasgow resident did just that, making good on a 21-year-old promise.

21 years ago I arrived in New York City from Scotland to visit...and was immediatedly fascinated by The Subway. I was an undergrad painting student at the time, and returned to Scotland to begin making full-size replicas of mosaic-ed station names, complete with grafitti and running-water staining. At the time, i remember saying that if I ever bought a flat, I would tile my bathroom with a New York subway station name. I decided on my local station on that first NY trip - DeKalb Avenue.

There's some intricate detail in there, down to the "black grout for that 100 year-old subway grime effect." Read more about the endeavour here, and see more photos here. [via Curbed]