Dan Aykroyd Confirms: There Will Be A Ghostbusters III 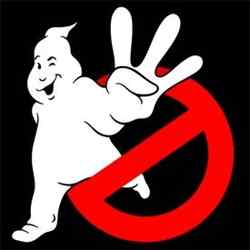 Dan Aykroyd is the latest Ghostbuster to talk about the possibility of a Ghostbusters III movie, and in an interview with Dennis Miller he declared it's happening.

Yes, we will be doing the movie, and hopefully with Mr. Murray. That is our hope. We have an excellent script, and what we have to remember is that Ghostbusters is bigger than any one component. Although Billy was absolutely the lead and contributive to it in a massive way, as was the director and Harold [Ramis], myself and all of us—Sigourney [Weaver]. The concept is much bigger than any individual role, and the promise of Ghostbusters III is that we get to hand the equipment and the franchise down to new blood, because my character, Ray, is now blind in one eye and can’t drive the cadillac; he’s got a bad knee and can’t pick up the pack. Harold is too big—Egon is too large to get into the harness. We need young blood, and that’s the promise. We’re gonna hand it to a new generation. We’ll be in production in the spring, I hope.

The additions call for three men and one women, none of which have been cast yet, though Aykroyd did mention Matthew Gray Gubler. The IMDB page currently mentions Anna Faris and Eliza Dushku, and previously, Paul Rudd, Seth Rogan and Judd Apatow were rumored to be attached.

Mattel must be in the know about something, because they'll be releasing this $135 Ghost Trap soon: