It's true—Benjamin Bratt is reprising his role as Law & Order Detective Rey Curtis and here are photos (close-up after the jump) of him on location. Last month, it was reported that Bratt, who played Rey Curtis for four seasons between 1995 and 1999, was returning to the show for an episode; L&O creator Dick Wolf said, "I am thrilled that Ben is coming back for a return appearance. He joined us for our recent 20th anniversary celebration and it was like he never left."

EW says Bratt's Curtis character will probably be interacting with Lieutenant Van Buren, played by S. Epatha Merkerson, who affectionately referred to Bratt as "eye candy" at a Paley Center event last week. Bratt's appearance will be in the December 4 episode, which has a plot description of "A campaign volunteer is murdered in the midst of an election and the detectives become trapped in a haze of danger and political scandals." And did you catch last Friday's episode, guest starring Elliott Gould, which invoked the Harlem shopkeeper who shot would-be robbers and Columbia's Manhattanville plans? 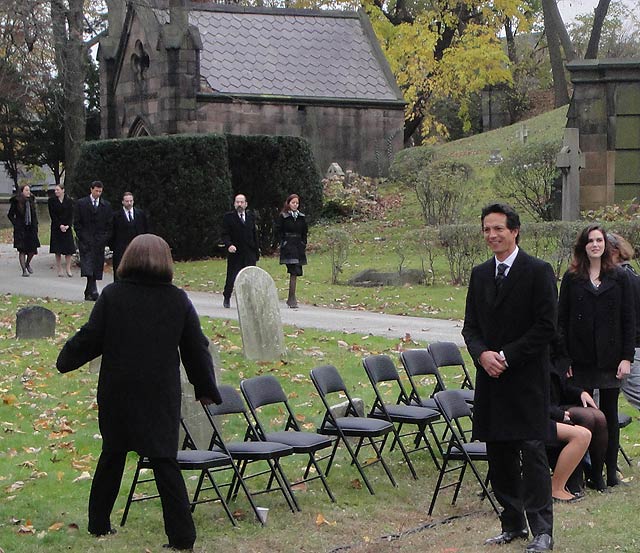