A lovely but run-down Fort Greene townhouse—featuring an elegant, sweeping parlor, ornate molded ceilings and stunning floor-to-ceiling windows—is under contract for $3.2 million. As the home, built in 1864, will need at least $800,000 in repairs, including a new roof, floors and electrical work—it's only right that its new owners, who paid $605,000 more than the $2.59 million asking price, allow it return to nature. At least, that's our fantasy. 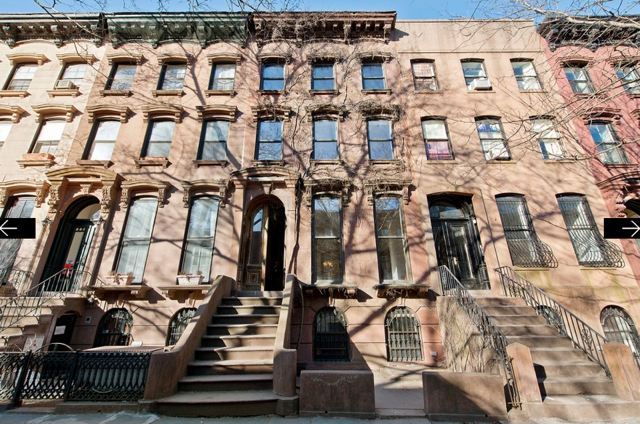 "This is a stunning home, but what sort of dickwad could live with themselves knowing they're contributing to making this city unlivable for all but the ultra rich?" said his wife, we assume. "This place"—she paused to cast an arm around the sun-soaked parlor, the gold band of her Audemars Piguet Royal Oak watch catching the light of the inset doors—"deserves to be reclaimed by the earth." She dreamily described a vision of birds roosting in the molded rosettes, of vines creeping through the grand windows. In the winter, a warm fire will burn on the hearth—a hearth that will never be filled with one of those stupid decorative candelabras or God forbid, a vintage wine rack.

"This place belongs in the hands of someone who will appreciate it—say, a modern day Patti Smith or Robert Mapplethorpe— who can squat here, on the edge of the law, sharing a turkey sandwich with the feral cats who will roam the master bedroom, while creating new, innovative art.

"Does this neighborhood need someone else like me, opening a wi-fi enabled pop-up cafe and charging $6.50 for a cold brew?" she mused. "Fuck no."