Creatives Flocked to Brooklyn, Where to Next? 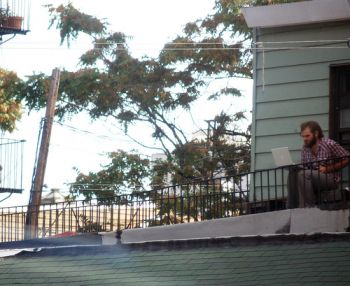 Last month The Brooklyn Eagle had a report on how Brooklyn has been sucking the creative lifeblood right out of Manhattan. In recent years Brooklyn has experienced a 33.2 percent increase in the number of self-employed creatives, while Manhattan’s growth during the same period was a mere 6.5 percent.

On Wednesday the Center for an Urban Future held a forum addressing the impact of Brooklyn’s growing cluster of self-employed creative freelancers on the borough’s economy. The Observer reports back and states that a majority of the borough's freelancers earn an average of $20,000 per year (a figure that likely doesn't account for all of their earnings).

Though their true economic impact remains unknown since full earnings are not accounted for, the BEDC estimates that they generated $504 million of taxable revenues in 2005—the height of the Brooklyn creative economy’s boom.

After a decade of growth, rising real estate prices and a lack of appropriate, affordable space is now driving self-employed creatives out of Brooklyn’s traditional artists’ communities and is the “single largest challenge facing New York’s creative core,” according to a new study from the Center for an Urban Future.

With often unsteady work, and no benefits, will luxury condos and rising rents price most freelancers out of neighborhoods like Park Slope and Williamsburg in the coming years? The Brooklyn Paper article reported that there's already a sizable chunk of the freelance community now living in Bed-Stuy, along "with 511 other independent artists, by far the largest sector of freelancers in that neighborhood."

The NY Times has a report on Two Trees Management using artists to invigorate the DUMBO neighborhood; problem is, once they're successful in doing so, the artists are then priced out. So where will the freelancers migrate to next...Philadelphia?

Photo of someone working on a rooftop in Williamsburg via bondidwhat's flickr.