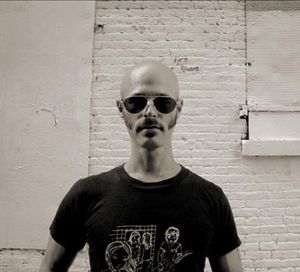 Craig Wedren is the former front man for the sorely missed D.C. band Shudder to Think, a group that seemed to intuitively grasp all the overlooked possibilities of the late-80s/early 90s post-punk landscape and render them into a sound that was at once startling, bizarre and irresistibly catchy. Since the band’s end ten years ago, Wedren has made a career as composer of soundtracks for movies such as Wet Hot American Summer and The Baxter, while still writing his own songs, which appeared on his 2005 solo record Lapland. But an impromptu reunion between Wedren and two other Shudder to Think band mates last September has fans clamoring for more; and those at Bowery Ballroom tonight will likely get it. The sold out "Barack Rock" show will be hosted by the comedy group Stella; the lineup consists of OK Go, Craig Wedren, Nathan Larson, Nina Persson, and Joan As Police Woman. As Wedren told us in the interview, the concert was scheduled tonight for the express purpose of reminding people to vote in the Super Tuesday primaries tomorrow.

What’s been going on in your life lately? Well, my wife and I are having a baby in April.

Congratulations! Thank you very much. Also, I’m working on a new record and I’m making a movie out of that record.

Really? Can you tell us a little bit more about that? It’s called Wand and I’m basically just bringing all of my friends and musical partners and actors, directors, writers, everybody. It’s going to be a big circus. It’s sort of a new kind of rock 'n' roll movie, kind of an update of the old 60s and 70s midnight movie freak out, where you go and take drugs with your friends and go to the movies and enjoy yourselves for a few hours.

So is the film going to be documentation of live performances? No, I’d say that it’s more David Lynchian, dreamlike and free-associative.

Are you directing the film? Yes, although I’m going to have co-directors for different sections, directors who I’ve worked with in the past by making music for their movies. It’s sort of a movie in reverse; I do a lot of films scores and normally what happens is I get hired toward the end once they have something close to a final version of the movie edited. Then I add my music to it. This is the opposite, it’s starting with the music and once I have an album together I think is great - which I’m about ¾ of the way done with at this point - I will start bringing on directors, actors, editors and adding the movie to that.

Basically, we’re turning the process inside out and creating kind of a nice old-fashioned album situation. While people don’t really take the time to listen to albums so much anymore, it seems like a movie theater is a great place to have a total musical and visual immersion experience.

Sign me up! Yeah, it’s fun. And of course, the other thing that’s going on right now is that Meggan Lennon - my wife - and I have put together this awesome Barack Obama concert at Bowery Ballroom on the eve of the Super Tuesday primaries to try and get kids to remember to vote in the primaries. Which I know, from my life experience, I always forgot to do. So we’re trying to remind people to take part before it’s too late and they kick themselves for not voting.

Why Barack Obama? Well, actually, personally, I have never been much of a political guy. It wasn’t until Meggan and I started dating; she’s always been very active in politics. She’s been helping our friend Amy Rice who has been directing a documentary about Obama for a while now. So for the past few years they’ve been covering this unbelievable skyrocket, from the time when he was saying he wouldn’t run to what we’re seeing now. And we’ve been watching all this footage which is raw and unedited and I’ve been getting a sense of Barack Obama and his integrity and his honesty and his I won’t say anti-Capitol Hill because it’s not that aggressive a stance. But he’s a new kind of politician and he has a very refreshing, down to earth and seemingly transparent approach to politics. It really thawed my disgust with politicians and politics in general.

And now it seems like a great opportunity for us and our friends to remind young people to get out and vote. Even if Obama’s policies aren’t that different from some of the other candidates, he himself is different and there’s something about his integrity that is speaking to younger Americans. But historically younger Americans just don’t vote that much; I know I didn’t. So we thought we’d do what we could to spread the word so nobody woke up on Wednesday and said, “Damn, I totally forgot to vote.”

Is the Obama camp working with you on this? There was talk at first about doing something in concert with them, so to speak. But ultimately we thought it would be better to do something where the main emphasis would be to remind people about the primaries the next day. Whatever any of the artists believe or want to say they can, but it may just wind up being a very understated concert where everyone knows why we’re there and we don’t need to shout it from the mountaintop. Or the flip side is that if some people want to shout it from the mountaintop, then God bless them.

Are you going to be shouting from the mountaintop? No, I’m not a big mountaintop shouter. I’m more of a mountaintop yodeler.

With Nathan Larson also on the bill Monday night, rumors are swirling about another Shudder to Think impromptu reunion. What are the odds on that? The odds are 99.999999 %. It looks like me, Nathan and Kevin March, who was our last drummer, are going to do some Shudder to Think songs. Stuart Hill, our bass player, is not going to do it; I think he has officially hung up his spurs. But we’ll try him again in a few months if we keep doing shows. But we’re not advertising this show as Shudder to Think because we’re wading one toe at a time back into that ocean. I mean, we’re very happy with where our friendships are; the music still feels fresh. We played a show a few months ago and it was great; it was very familial and we want to continue in that spirit and see where it takes us. But this seems like a great occasion to play some Shudder to Think songs because we are all pretty much on board about Obama and it gives it a little extra purpose and excitement.

Joe Lally once said he hadn’t been in a fight since kindergarten but when Shudder to Think was opening for Fugazi he wanted “to kick heads” in because of the audience’s reaction. Yeah, Fugazi was the best. They totally defended our honor. We were like the pale maidens opening for them. I remember playing in Florida somewhere and some skinhead idiots kept throwing coins and blow pops at my head! And, you know, it hurt and it was very distracting when you’re trying to play and keep the microphone in front of your face. And if you’re dodging little bullets your mouth keeps coming off the mic. And by the end of the set Ian was one side of the stage doing skinhead security and Joe was on the other side of the stage doing skinhead security. They were our champions and our protectors; it was a blessing.

The title of your album Lapland comes from His Dark Materials. Did you see The Golden Compass? No, I couldn’t do that. I love the book so much and I really didn’t want to know. Did you read the books and see the movie?

Yeah, I did. How was the movie?

It was good enough. I liked it. It sort fizzled out at the end, but I was satisfied. I’ll see it when it comes out on DVD. The Harry Potter movies were such a disappointment that I said to myself, “You know, I have plenty of images for myself from the books. I don’t need to go.”

Because of all the soundtrack work you do, is it hard for you to just go enjoy a movie without getting distracted by the technical aspects of the soundtrack? No, in fact it’s quite the opposite. A lot of times I go into movies thinking, “Okay, I hear this movie has a really good soundtrack. I’m really going to learn something about my craft by going to this movie.” And then at the end of the movie I’ll realize I totally forgot to listen to any of it because I was so immersed in the movie. I guess it’s a good thing because the whole reason I got into doing film soundtracks in the first place is that second only to music, film is a total obsession for me and has been my whole life. So to combine my two greatest obsessions is a real blessing.

Got some favorite restaurants in New York? There’s a Thai place, Saha, we order from five nights a week; it’s good for nights when you’re staying in watching a movie. And there’s this place Hummus Asli that has the best pita I’ve ever had. The best hamburger is from Ruby’s, an Australian restaurant on Mulberry and Spring. The best thing I can say about the Ruby’s burger is that the first time I tried it was like being a teenager getting stoned for the first time eating a candy bar saying, “Oh my God, this is the greatest thing I’ve ever tasted and it’s not the drugs!” And when it comes to Ruby’s burgers, it actually isn’t the drugs.