Last night around 10:30 p.m. a man fell from a balcony at Hammerstein Ballroom during a Justice show, after witnesses saw him "gripping the ledge for dear life." While many on the scene originally believed the man may have died from the fall—one Tweeting: "Someone just fell three stories from the top level at the Justice show at Hammerstein. Possible fatality."—he was reportedly not seriously injured. The FDNY says the unidentified victim was conscious after falling. 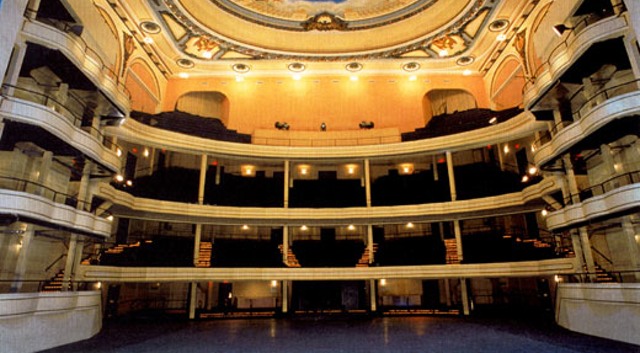 One witness told the NY Post, “I heard a loud thud and turned around to see a group of people attempting to help some guy stand. Everyone around me was staring at the ground floor. I saw people struggling to help the guy stand, but his legs were giving out beneath him. They were probably broken.” Another concertgoer, Roselyn Fortuna, Tweeted that she "saw him being carried out [photo] and he seemed okay, was smiling... Had his both arms up with the metal fingers sign."

For those keeping track of balcony falls, two years ago we were at a Phish show when we saw a guy fall (or jump) off the mezzanine at Jones Beach.