Comprehensive '2001: A Space Odyssey' Exhibit Coming To Museum Of The Moving Image

Stanley Kubrick's landmark film 2001: A Space Odyssey was remarkably ahead of its time when it was released in 1968, between its pioneering special effects, its abstract plot and its existential psychedelia looking at the relationship between humans and machines. Over 50 years later, it's still considered one of the seminal sci-fi movies ever made—and a major new exhibit at the Museum of Moving Image (MoMI) will be the most comprehensive and in-depth examination of the film yet.

Stanley Kubrick’s ‘2001: A Space Odyssey' will open on January 18th, 2020 and run through July 19th, 2020. The museum writes that the exhibition will include "original artifacts from international collections and from the Stanley Kubrick Archive at the University of the Arts London, as well as from the Museum’s own collection. In addition to exploring Kubrick’s influences, his obsessive research, and his innovative production process, the exhibition looks at the film’s widespread influence on cinema, design, painting, architecture, and advertising." 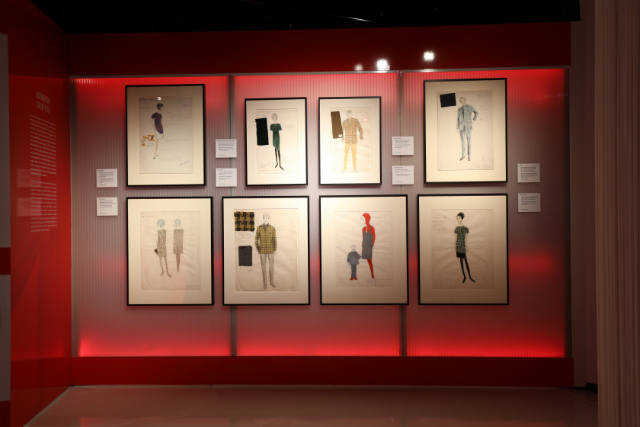 Costume design sketches by Hardy Amies for 2001: A SPACE ODYSSEY, as presented in “Kubricks 2001: 50 Jahre A Space Odyssey” exhibition at the DFF - Deutsches Filminstitut & Filmmuseum in Frankfurt am Main (2018). (DFF/Sophie Schüler)

This exhibit was originally assembled at Deutsches Filminstitut & Filmmuseum in Frankfurt to coincide with the 50th anniversary of the film’s release last year. In addition, the MoMI exhibit will be accompanied by "a wide variety of screening series, public programs with guest speakers, and specially themed workshops, tours, special events, and more."

“2001: A Space Odyssey has influenced generations of directors a of directors and artists, and continues to captivate audiences around the world," said Carl Goodman, Executive Director of MoMI. "We are proud to be the first North American museum to present this remarkable exhibition. It is especially fitting that this exhibition will be presented here at MoMI, where screening 2001 in its original 70mm format has become an
annual tradition, and our public spaces, including the spectacular Redstone Theater,
are deliberately evocative of the film." 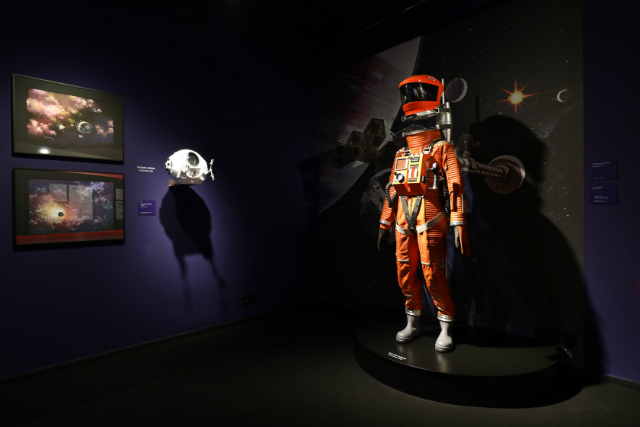 Prints of space and spacecrafts by concept artist Roy Carnon (left) and a space suit worn in the Clavius Base scene in 2001: A SPACE ODYSSEY, as presented in “Kubricks 2001: 50 Jahre A Space Odyssey” exhibition at the DFF - Deutsches Filminstitut & Filmmuseum in Frankfurt am Main (2018). (DFF/Sophie Schüler)

In anticipation of the exhibit (advanced tickets go on sale in September), MoMI will present 70mm screenings of 2001: A Space Odyssey from August 1st through 11th, in the recent “unrestored” print supervised by Christopher Nolan, as part of its annual See It Big! 70mm screening series. Get more info here.