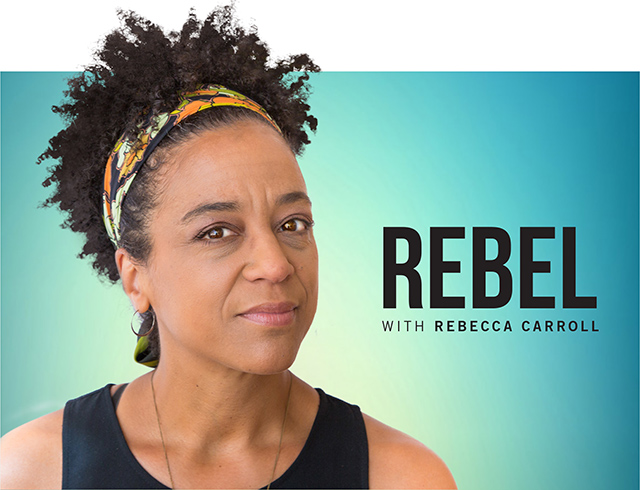 America has always been racist. The country was founded on it. And while it may seem like this current spate of ramped up, emboldened racism we’ve seen covered in the media lately is new, it’s not. What is new is having an emboldened racist as President of the United States. Because other white racists like it. A lot. To them, it likely feels as though openly racist behavior has not just been liberated, it has been anointed: See a black person breathing in Starbucks/sleeping in the student lounge at Yale/leaving an Airbnb with friends/enjoying a barbeque? Call the police. Every fear, prejudice and hatred white people have ever been even remotely inclined to feel toward black people is now validated in their minds. It’s your world, racist white people. Have at it.

Hear Rebel on WNYC—Rebecca Carroll’s conversation on Trump and public racism with Jay Smooth is below.

Yet a whole lot of us are still fighting the good fight to dismantle racism. But we can’t dismantle it completely—or perhaps at all—unless we are all on the same page about how we define racism. And when I say we, I mean black people. And if that makes you uncomfortable, white people, then we’re having a conversation you need to hear, and I'm really glad that you are here to have it. Especially because a hallmark of Trump-era racism is that he and other white racists get to decide what is and isn’t racist, and that ship really needs to sail. White people created racism as an extension of slavery and designed it to function no matter what else happened, as a way to stay in control. This way, slavery or no slavery, white people are still in power and can do and say awful, heinous, bigoted things to black and brown people wherever and whenever they choose. So today, when white people define racism—it can be easily hijacked, and masked with euphemisms like “racially charged,” a term that needs to die immediately.

White people are also more likely to make false equivalencies that racism is like something else that it’s not like at all—as Trump did when he compared Roseanne Barr calling Valerie Jarrett an ape on Twitter (clearly racist) to Samantha Bee calling Ivanka a “c*nt” on her show (not racist at all).

Trump either does not know or refuses to acknowledge the difference between an insult and racial bigotry. He’s disparaged the personhood of black people over and over again—after Charlottesville, over Colin Kaepernick’s activism, in his comments about the Central Park Five, when he described African nations as “shithole” countries. Each time, he has used his own carefully cultivated ignorance to change the definition of racism in a way that suits his own fictional narrative. And it’s a dangerous narrative at that: Black people are being disenfranchised, bullied, beaten, and verbally assaulted in real time. Every day there’s another racist incident or account, and the President is revelling in each one.

We won’t be able to move forward in our efforts to secure civil rights (I can’t believe I just typed that) if the generally accepted understanding of what racism means yesterday means something different today. Trump will not care how we define racism, so long as he can control how and when it is deployed. But we, all of us, should care, in fact we have to care how we define racism, because the stakes are too high to leave it on the table.

Not only can you continue the conversation below in the comments section, but you can also participate by joining Rebecca's event at the The Greene Space on June 18, "Would You Hire A Racist?" Her guests include Kara Brown, Mona Eltahawy, and Ziwe Fumudoh.

Rebecca Carroll is a producer of special projects on race at WNYC. She is a regular Opinion Writer at The Guardian US, and the author of five nonfiction books, including Sugar in the Raw, which won the ALA Yalsa Award, and Saving the Race. She is a former producer for The Charlie Rose Show, and hosted talk show DocStock on the Plum TV network, which earned her an Emmy nomination for an hour-long special with iconic documentary filmmaker Albert Maysles. She has held senior editor positions at The Huffington Post and PAPER magazine, and her essays, profiles, and film and book criticism has appeared in The New York Times, The Los Angeles Times, Ebony, The Daily Beast, and Gawker, among others.

#donald trump
#opinion
#racism
#rebel with rebecca carroll
Do you know the scoop? Comment below or Send us a Tip