Commemorate The Death Of Williamsburg At Glasslands Funeral Dance Party

Everyone who has lived and/or spent time in and/or even just briefly passed through Williamsburg over the last two decades has a strong opinion about the exact year that Williamsburg died. All the new Starbuckses, J. Crews, and Urban Outfitterses are merely physical manifestations of the disease—but we're just sifting through the wreckage of the infection. So wouldn't you rather sift through the wreckage while dancing?

Artist collective and event organizers CHERYL are throwing a funeral dance party at not-long-for-this-world DIY venue Glasslands on December 6th, from 11:30 p.m.-4 a.m. "After all the changes that have happened in Williamsburg in the last several years, this felt like the nail in the coffin," founder Nick Schiarizzi told DNAInfo.

Of course, CHERYL knows that mourning the loss of Williamsburg comes from a level of privilege.

When artists came in, "a whole wave of people" were replaced, he said. Since then, the artists have been replaced by the wealthy, he added.

"It is part of a bigger process," he said. "Us, we're just mourning that it has so rapidly and so clearly completely transformed an entire neighborhood."

As far as we're concerned, there is only one photo—one piece of art—that truly honors the Williamsburg of our hearts. 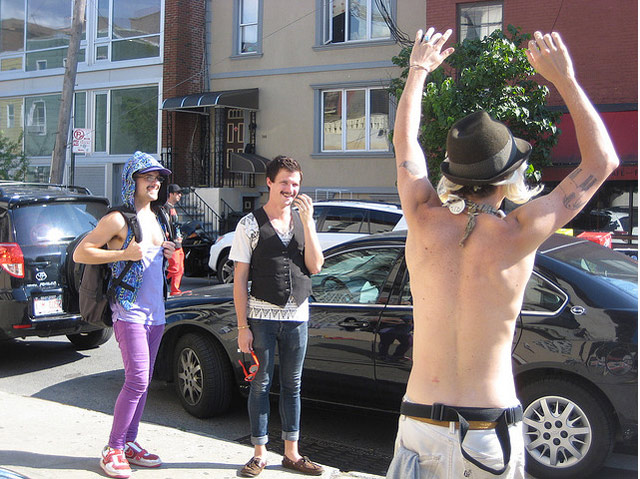 #brooklyn
#dancing
#death
#funeral party
#glasslands
#party
#williamsburg
Do you know the scoop? Comment below or Send us a Tip